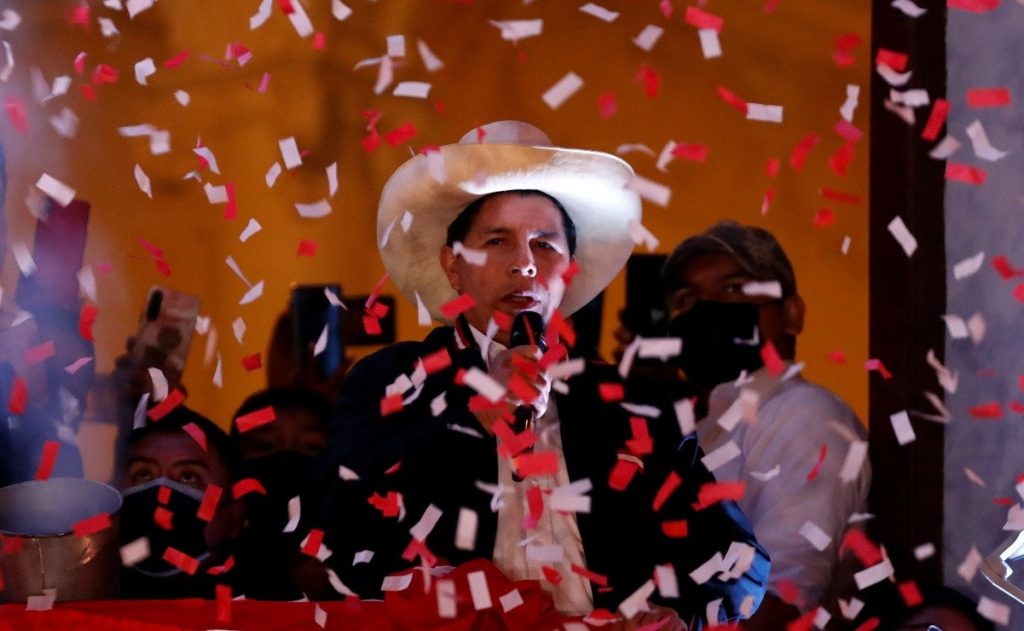 Lima: left Pedro Castillo The president-elect of Peru announced on Monday, a month and a half after the election won by the right Keiko Fujimori, whose appointment was delayed by more than a thousand appeals, denouncing without credible evidence an alleged “fraud”.

Castillo’s announcement came eight days after a presidential reshuffle scheduled for July 28, the day Peru will celebrate 200 years of independence, and the current interim president, Francisco Sagaste, will hand the head of state over to Castillo, a rural professor, originally from the northern Andean region of Cajamarca. .
At the JNE plenary held via video conference, official Dina Bullwart was also named Vice President.

Unlike his predecessors, Castillo will start his term with only one vice president, as Vladimir Cerrone, leader and founder of the Peruvian Liber Marxist party, has been invalidated after being found guilty of corruption as a result of his administration. Governor of the Junin Andean Downtown District
Among the guests at the short session were Castillo himself, as well as the Prime Minister, Violetta Bermúdez; Piero Corveto, Head of the National Office for Electoral Operations; and the President of the National Identification and Civil Status Registry (RENIC), Carmen Villardi.

Also in attendance were the heads of electoral observation missions of the Organization of American States (OAS) and the European Union (EU), organizations that supported the legitimacy of the Peruvian elections along with governments such as the United States and Canada, among others. the countries.

Read also: Keiko Fujimori says he will admit the results of Peru’s election, but insists on fraud

After proclaiming from his party headquarters in Lima, Castillo spoke to his followers: “I summon our political opponents, leader of Fuerza Popular, [a] We are not setting up any more obstacles to move this country forward. Welcome to this space to form a government of all Peruvians.”

In addition, he called on his political rivals, including Fujimori, the leader of Fuerza Popular, to “come close” to push Peru forward.

Prior to the announcement, Fujimori, in a public statement in which he did not acknowledge the questions, expected that he would honor JNE’s announcement despite calling it “illegal” for continuing to consider that there was fraud on Election Day.

The daughter of former President Alberto Fujimori (1990-2000) has continued to insist on this alleged “systemic fraud” since the day after the election, when she witnessed her third consecutive irreversible defeat after being at the gates in 2011 against Ollanta Humala and in 2016. In front of Pedro Pablo Kuczynski.

To date, neither Fujimori nor his allies have presented credible evidence of the wrongdoing they denounce, which is based primarily on the alleged purported signatures whose victims have come out in public in many cases to denounce the accusations and to reaffirm that the signatures of the warrant are theirs.