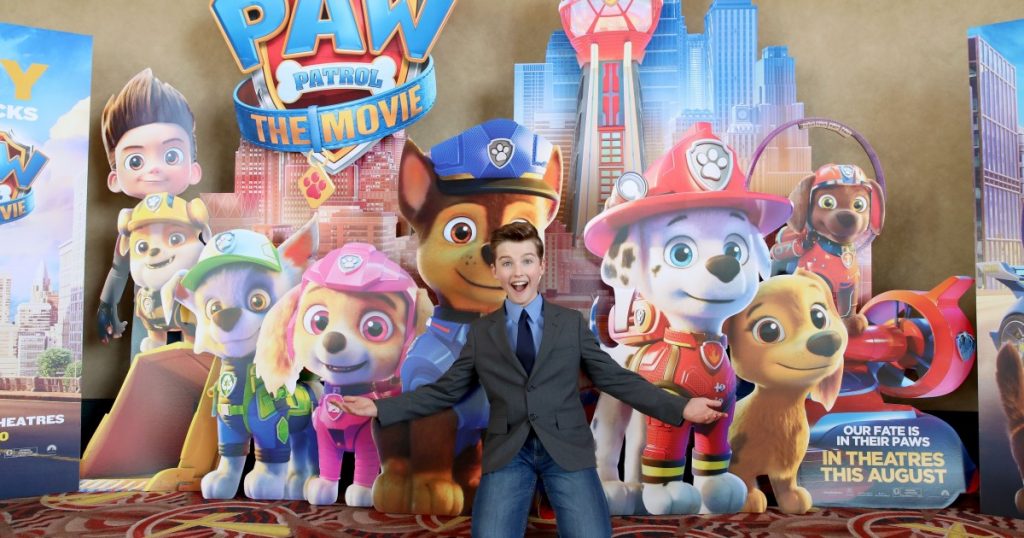 Barking “PAW Patrol” sneaks into the big screen with “PAW Patrol: The Movie,” the first adventure into the theaters of these daring and brave pups who have fallen in love with children around the world.

Directed by Cal Brunker, this film will premiere next Friday in US theaters and also digitally on Paramount+.

Chase, Marshall, Skye, Rocky, Zuma and Rubble, the six dogs that make up the PAW Patrol Team, have faced endless missions in the nearly 200 already aired episodes of the Canadian animated series that premiered in 2013 .

But for his leap into cinema, Paw Patrol, in addition to maintaining its innocent adventurous spirit and obvious childlike touch, brings some news like a new member has joined the patrol.

With a smile, director Cal Brunker summed up to Efe how much he knew “PAW Patrol” before taking on the reins of this movie.

In this sense, the director behind other animated titles such as “Escape from Planet Earth” (2012) and “The Nut Job 2: Nutty by Nature” (2017) reflected what are the ingredients for the huge success of “PAW Patrol” in many countries and over the years. the years.

“I think it has to do with several things. One of them is that the series is very clear about the difference between good and evil and what it means to do good. The PAW Patrol team really represents that,” he said.

The film more or less follows the usual narrative coordinates of the PAW Patrol, an elite team of dogs that specialize in various tasks (police, firefighters, etc.) and who are under the orders of the young Ryder.

In this case, the dogs travel to Adventure City to stop the disasters and assaults on the Mayor Humdinger.

On that emergency landing in the city, the pups meet a new member in this canine world: Liberty.

Brunker was very happy to have had the opportunity to create a new character in “PAW Patrol” and noted that Liberty breeds a “contrast” with the rest of the dogs, given that she was brought up in town, “mischievous” and “outgoing”.

On the other hand, the director spoke about the challenge of translating the short and succinct TV adventures of the “PAW Patrol” into a movie.

To do so, they sought to have one of the characters have an emotional issue to deal with and to become that backbone of the story.

He defended it, saying, “In this movie, there are great new characters, there are great and epic rescues, and there are ‘cool’ action scenes…but it’s the emotional story at the heart of the movie that connects with the audience.” .

Thus, Bronker trusted that the dilemmas and uncertainties of Chase, who in the film has problems with his identity and what it means to be a hero or not, can entice audiences, both children and adults, on how to “overcome their fears”.