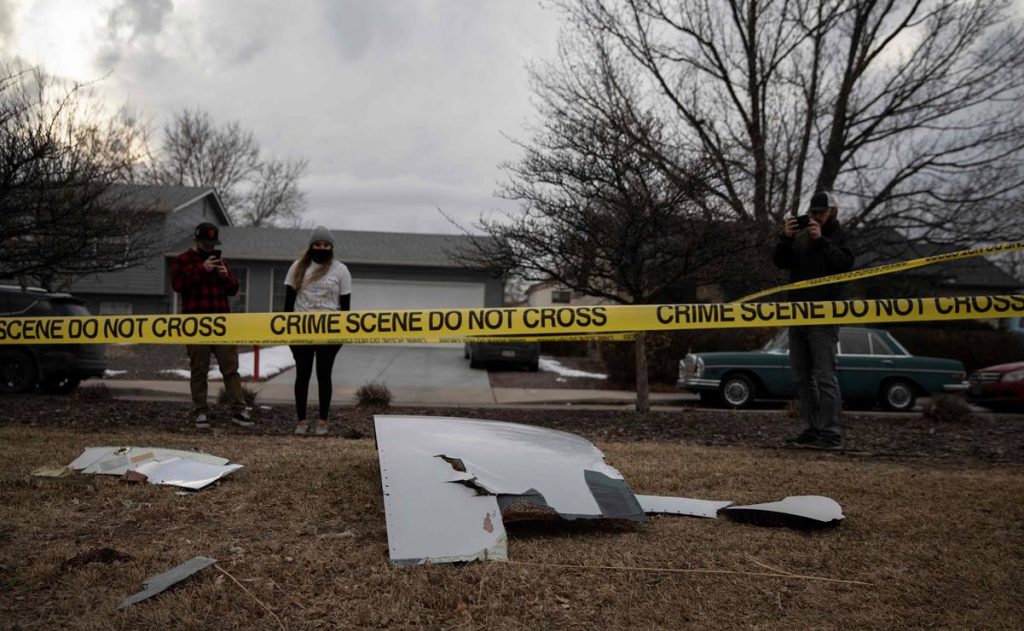 “There was a loud bang and the kind of sound you don’t want to hear when you are on a plane”; This is how Travis Locke described to CNN his experience on Saturday aboard a Boeing 777-200 Flight 328, 20 minutes after it took off from the airport in DenverAnd the Colorado Bound for Honolulu, Hawaii, the plane recorded a right-hand engine failure, causing it to catch fire.

Splinters fell to the ground and the device was forced to return Denver. The plane carried 231 passengers and 10 crew members.

No one was hurt, but passengers like Locke were horrified.

He explained to CNN: “A lot of people could not see the engine on this side, so I was more afraid because I could see it, and I knew this was not true.”
Another passenger, Bob Brown, heard the explosion, looked out the window and when he saw the burning engine, he decided to record with his phone.

He told KCNC: “My wife and I looked at each other, crossed our hands and just wished to see our children again.”

Another passenger, David DeLuchia, told the Denver Post: “At some point I thought we were going to die because we started losing altitude right after the explosion.”

Photos of a carousel of a United Airlines plane were shared on social media in a yard in Broomfield, a suburb Denver.

Another photo of a wreck from a house off Elmwood in Embed a Tweet. pic.twitter.com/VXEHEMpeDD

Kirby Clements and his wife are the owners of the house whose yard the plot fell into. “We were sitting in the living room reading the newspaper when we heard a loud boom,” he told the Denver Post. “At first I thought it was wreckage from a trampoline in my neighbor’s yard. But when I went out to see, I realized it was the front of a plane engine.”

Investigations are continuing to find out what caused the engine to ignite. Passengers who wanted to travel on another plane to Hawaii. Others chose to stay at a hotel at Denver.