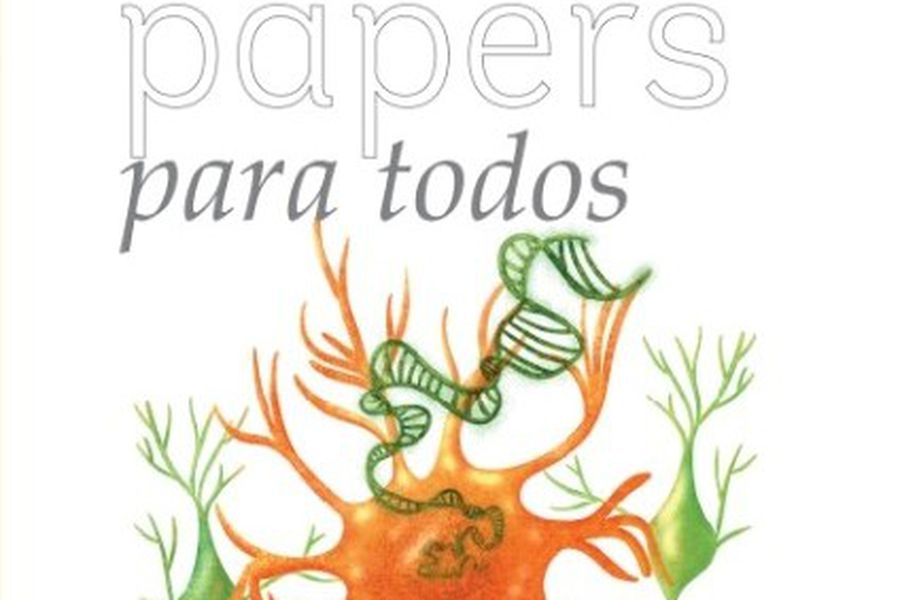 “Papers for Everyone”. This is the name of the project promoted by the Guidance and Education District in Institute of Biomedical Neuroscience from University of Chile (BNI) then A year of work in which scientists participated in cooperation with specialists in dramaturgy, acting, illustration, music and sound and members Central Library for the Blind, fired audiobook With simple information aimed at populations with vision problems and a digital magazine With illustrations illustrations.

This audiobook and journal is part of the first batch of materials that will make it possible to explain studies recently published in high-impact international journals in a common language that is understood by a non-specialist audience.

Gabriela Martinez, Director of Extension and Education at BNI, that “the idea was to create content that could be Read or listen anywhere or by anyone Because we want science to be available to all, however, it calls for curiosity to try to understand various scientific phenomena and to dare question reality as we see it.”

The project includes five studies published by the Institute of Biomedical Neuroscience in recent years, adapted for dissemination to a non-specialist audience. The magazine opens with a research led by Dr Dr. Andrea Paula Lima, who addresses the protective effects of a neuronal complex in the context of disease Alzheimer’s disease.

“It was a difficult process born with the invitation of different scientific teams from BNI, who dared to create a publication product in a common language accessible to all, and it also allowed to contextualize and evaluate science being conducted in our country so that different audiences could learn about it,” he said. Martinez says.

The The magazine was drawn by biologist Felipe Serrano, while the creation of audio stories is the result of a collaboration between professionals in Central Library for the Blind, Chilean playwright and actor Manuel Ortiz, musician and sound engineer Manuel Rivadinera. The title Songs of Oblivion for the first audiobook is explained through music as a means of communicating with readers through everyday situations or symbols.

Together with biologist and painter Felipe Serrano, the team “Papers for Everyone” A set of images has been prepared for each text to explain the contents of the investigations in a simplified manner. In addition to the three studies focusing on Alzheimer’s disease, the first batch of the project also addresses work related to memory formation, learning, and the perception and formation of reality through the eyes.

The Dr. Pedro Maldonado He is the main author of the article “Is our reality real? When the brain looks in front of the eyes”, one of the papers considered in this inaugural version of the project with support from Millennium Science Initiative. According to a neuroscientist dedicated to the study of memory, scientific publications are usually inaccessible to the general public.

“When we publish our findings in specialized journals, The information contains a high technical component that is not allowed to ordinary people to understand. The other means of communication are the media, as these investigations are dealt with from the perspective of the interest of the press. And between these two roads there are often no contact spaces. because, We seek to generate an intermediate point so that society in general can identify and understand a scientific work without it being news‘ says the researcher.

Maldonado emphasized that for Chilean think tanks, such as BNI, “the responsibility to make efforts to disseminate science and transfer knowledge because a large part of our funding comes from public resources.” In his opinion, the transmission of this knowledge also contributes to the formation of the critical spirit of the citizens by evaluating the evidence for taking knowledge.

“Scientific training is useful not only for science, but for any aspect of life,” says the researcher.

Team Educational Consultants from BNI .’s Transforming Minds Program She played an important role in the development of the project. First, supporting the preparation of final work with scientific teams, and later helping to check the relevance of the content in a real context.

Created six years ago by ICBM, the initiative has benefited more than 100,000 students and 1,500 teachers since 2015. Recently, the project received funds from the IAP Alliance, a global network of 140 organizations in science, mathematics, and medicine. To prepare the next book that will take the studies conducted in our country into the classroom.

See also  Does our metabolism really change after the age of 20?

This is a new project It allows us to continue to bring contextual scientific knowledge to the classroom in Chile,” Gabriela Martinez stated. “We want science to be accessible to everyone, so that blind people as well as teachers and students can see the impact of the work being done in our lab. Finding this kind of material in Spanish is very complicated, even more so than Chilean research.”

This initiative was funded by Millennium Science Initiative and its projections on the External Environment Program (PME).