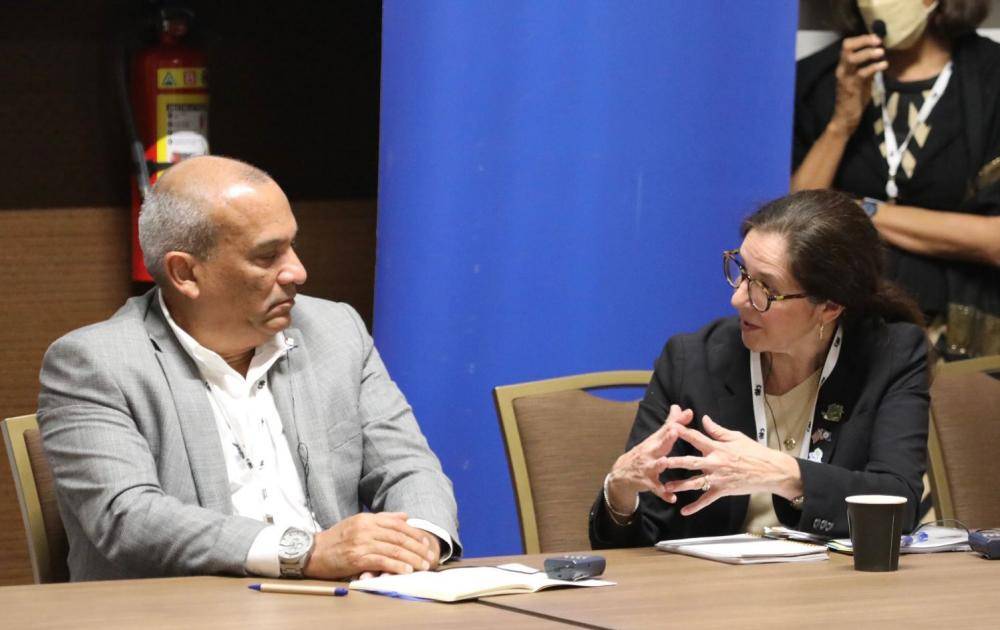 A coordination meeting took place on Tuesday between representatives of the governments of the United States and Panama with the aim of reviewing the procedures for implementing the measures, exchanging cooperation and paving the way for the third meeting of the Environmental Cooperation Committee under the Environmental Cooperation Agreement (ACA) between Panama and the United States, in the context of the Trade Promotion Agreement.

On the agenda for this meeting were a review of aspects of the Sea Corridor of the Eastern Tropics of the Pacific Ocean (CMAR), the upcoming celebration of the Our Oceans Conference, water safety, protection of seas and seascapes, and illegal fishing. Ocean safety was considered the most pressing issue, according to Monica Medina.

According to the US official, ocean security is divided into the security itself and the security of the marine ecosystem in the national territory. “As a country, we want to do business, but mainly in the context of CMAR,” the official considered.

Minister Concepción reported that Panama is considering establishing a control center for illegal fishing and for the protection of the maritime space for all the country’s waters. In addition, the President of MiAmbiente explained that the measures were taken because, until now, the work has been carried out in a dispersed manner and more effective measures have been coordinated “to achieve greater certainty of punishment”.

The minister considered that “the instructions of the presidency with more efficiency in the seas have been followed and the protected areas will be increased to more than 50% and this increase will be in the Caribbean Sea”, adding that at the continental level, he has experience in managing a joint program with the Seixaola Basin in La Amistad Park International, between Panama and Costa Rica.

The Assistant Secretary of State, Medina, expressed the importance of finding a way to be more coordinated between the CMAR countries and to prevent the loss and appropriation of resources by other countries; “You have to work as a team to increase efforts,” he said.

At this meeting, the Panamanian technical team explained the work involved in PILA, where springs are born, which irrigate the communities and take care of monitoring to prevent impacts, as was the case with the ETA phenomenon. And IOTA a few years ago. .

The Panamanian assistant to Medina recommended the establishment of a CMAR Technical Secretariat in order to achieve greater efficiency and enhance international cooperation. The Minister recognized the importance of establishing this permanent secretariat, which is why he raised the possibility of consulting with the Ministry of Foreign Affairs and then speaking with the Government of Costa Rica to obtain its approval and from there seeking joint agreements.

Concepción spoke about presidential instructions to bring greater transparency in information on issues such as vessel registration and to penalize poaching and pollution more stringently. In response to these provisions, coordination with other institutions and increased monitoring of poaching will be strengthened, thanks to the increased oversight now available.

Similarly, the senior official reported that Panama is working on a proposal next year – agreed upon by member states (Colombia, Costa Rica, Ecuador and Panama) – to declare the CMAR Biosphere Proposal.

Meanwhile, the US team was made up of Meredith Ryder Rhode, director of the Environmental Center for Central America and the Caribbean. Vicky LeMay, Economic Counselor, US Embassy in Panama; Eugene Bey, Special Assistant and Melissa Rahm, Directorate of Economic Affairs.