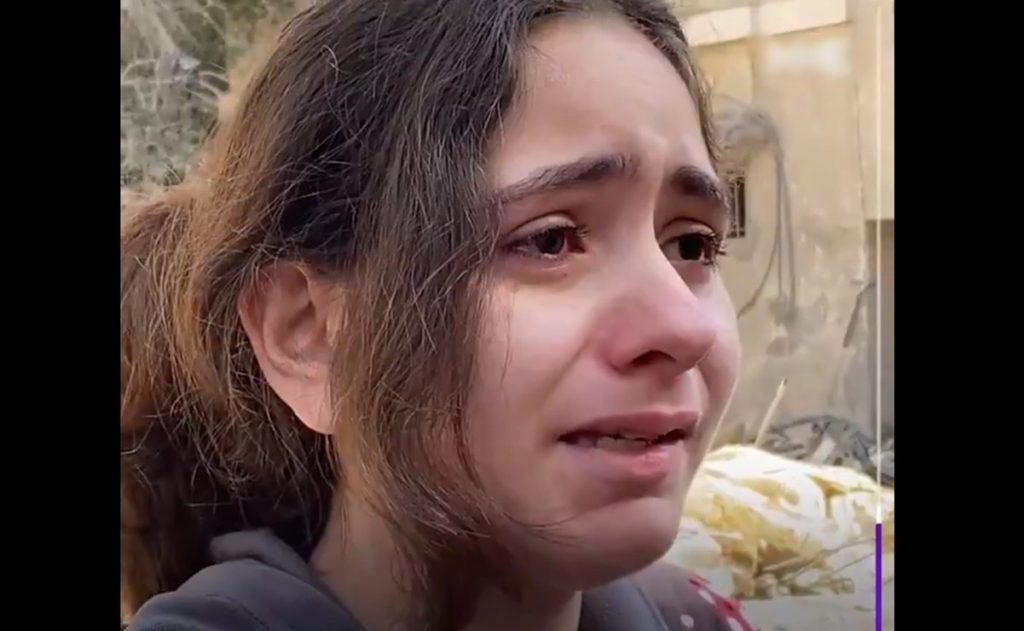 Nadine Abdel-Taif She dreams of being a doctor and helping her loved ones. Amid the Israeli forces’ attacks on GazaThe 10-year-old Palestinian girl expressed her despair and the video went viral.

“I’m just a girl. I don’t even know what to do,” she said through tears in the middle The ruins of a building.

The video was released by Middle East Eye News. In it, Nadine and other children show the devastation caused by the Israeli missiles.

Read also: The United States is asking Israel for evidence that Hamas has been sheltered in a collapsed media building in Gaza

Look at all of this. I can not do anything. What do they expect me to do? Fix it? I am only 10 years old. I can’t handle it anymore, “he says in English.

“I just want to be a doctor, or whatever, to help my people, but I can’t. I’m just a girl,” she repeats. About the attack, he said, “I was scared, but not much. I would do whatever it took for my people, but I don’t know what to do. I’m only 10 years old.”

Then he adds, “When I see this, literally I cry every day. I wonder what we did to deserve this? My family says they hate us [los israelíes] They do not like us for being Muslims. this is not fair”.

Read also: The Palestinian government calls on the international community to stop the Israeli “aggression”

Barry Malone, executive producer of AJ Stream, uploaded the video to Twitter Last Saturday, I got 5 million views in one day.

Nadine GheedHissy, a teacher, introduced her as one of her students and said that the girl and her family are doing well, even though she is still in shock and shock.

God is my heart. Bless her. pic.twitter.com/ZEsJ4ru2FX