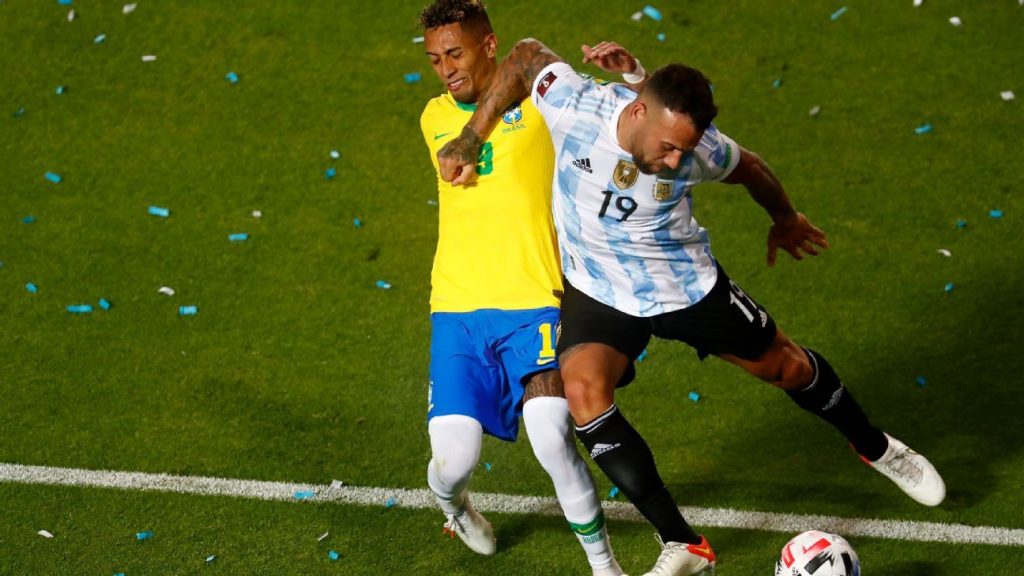 Nicolas Otamendi elbows Ravenha in the face in the classic match between Brazil vs. Argentina mocked the play on Instagram

Argentina and Brazil Drawn to zero goals last Tuesday night in San Juan (Argentine territory), in favor of South American qualifiers are heading to the 2022 World Cup in Qatar.

As usual, the classic version of CONMEBOL It was played with intensity and violent plays. But one in particular has caught the eye. in the first half, Nicholas Otamendi, in a dispute over the ball with Ravenha, gave a strong elbow in the mouth of the Brazilian, who at that moment bled.

Even with the intervention of the video assistant referee, Andres CunhaHe blew the responsible stadium whistle, ordered play to continue and did not even show the Argentine defender the yellow card. On the official page of Instagram from a TV channel TyC SportsThe text said: “Did we save ourselves from red or nothing?”

Otamendi commented on the post sarcastically, noting that he “went to the ball.” In the first place of the tie with 35 points and without any defeat, the Brazilian national team played its last match in 2021. The next match will be against Ecuador on January 27.