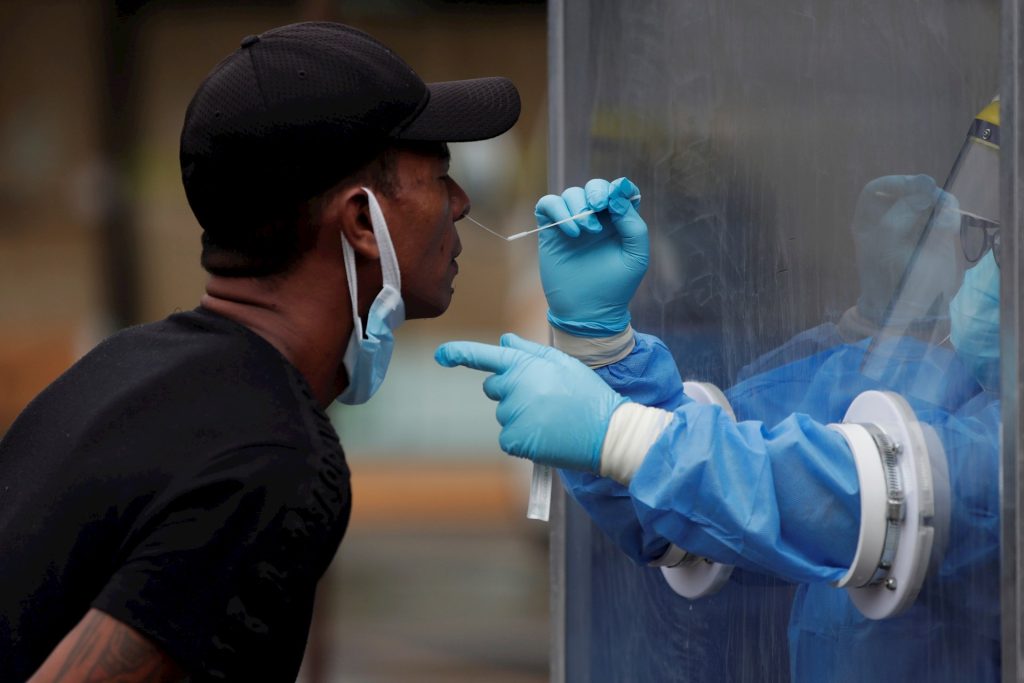 health authorities in Colombia Monday discovered the first three cases of the variant omicron COVID-19 in travelers arriving from United State s Spain, although they noted that “no community trading has been identified yet.”

the National Institute of Health (IN), Based on Analytics Conducted by the National Genome Network, three cases of the omicron variant were discovered in Colombia. Health Minister Fernando Ruiz explained that these three cases were travelers who had come from other parts of the world: two of them were from the United States and one from Spain.

This situation is consistent with what we have announced several weeks ago of the imminent arrival of the variant in Colombia,” said the minister, who noted that omicron “is already in circulation in 80 countries.”

The omicron variant was identified in the country at a time when the epidemic remained low compared to the third fatal peak in the middle of the year which had more than 32,000 daily infections and 754 deaths.

The omicron variant of the coronavirus was detected on Monday for the first time in Panama s Rio de Janeiro, while the authorities of the state of Brazil Sao Paulo They have maintained the mandatory use of a mask to prevent further spread of the virus.

Confirmation of the first case of an omicron variant in Rio de Janeiro has raised alarm in the city on the eve of the New Year holidays, when thousands of tourists are expected to arrive, although they have been partially cancelled.

According to the latest official data, Brazil So far 27 cases of the variable omicronIt was first discovered in South Africa It is already present in 89 countries.

Sixteen of those 27 cases with new ancestry, which are more transmissible than their predecessors, were identified in the case of Sao Paulo, in its homonymous capital, the omicron is already transmitted in a communal way between the population. Now the first has been confirmed in Rio, the most touristy city in Brazil with its 6.7 million inhabitants.

Fear of omicron drove the mayor of Rio, Eduardo Paes, to cancel the public events scheduled to host 2022, which before the pandemic had gathered millions of people on the famous Copacabana Beach.

Likewise, it was reported that the first confirmed case of omicron in Panama relates to a citizen residing in the country and was recently in South Africa, so the authorities of the Central American country called on the residents to maintain prevention measures.

Panama’s Minister of Health, Luis Francisco Sucre, said that the circulation of omicron at the community level has not been confirmed, although he did not rule it out.