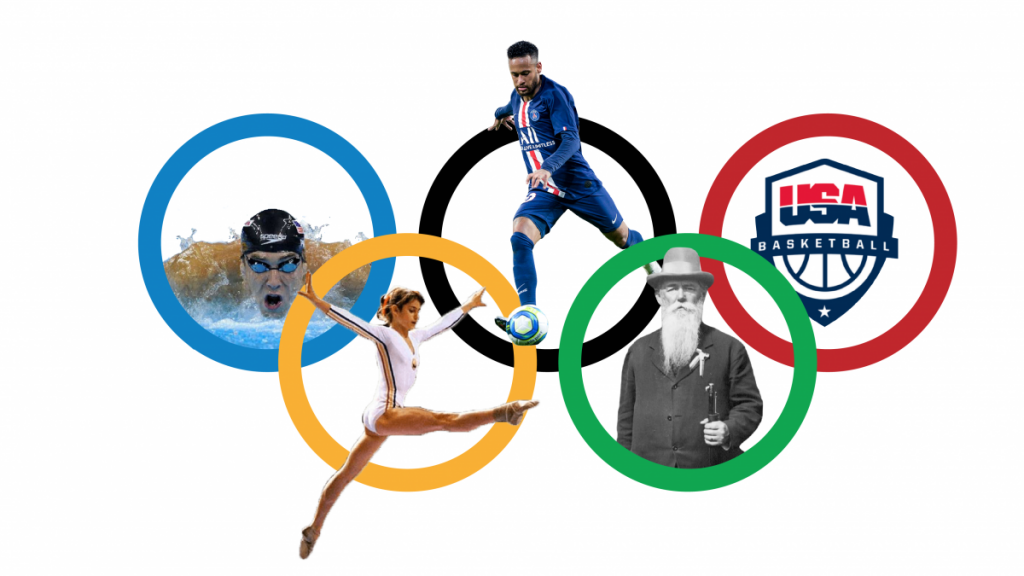 The Olympic Games were a sporting competition in which the city-states of ancient Greece faced each other in various events: races, long jump, discus throw, wrestling, chariot racing … It was held for more than a thousand years, between the two centuries. The eighth BC and the fourth century AD, when they were banned for being pagans.

Centuries later, a group of dreamers led by Frenchman Pierre de Coubertin decided to restore this tradition. The first Olympic Games of the modern era were held in Athens in 1896. It has been more than a thousand years, but the Olympic spirit is still more alive than ever.

Over the course of 125 years of history, sporting disciplines and events have changed, but some traditions remain. The nine sports played in Athens in 1896 remained on the Olympic program for the Tokyo 2020 Games: athletics, cycling, fencing, gymnastics, weightlifting, wrestling, swimming, tennis, and archery.

In the Olympic Games, the feeling of winning a gold medal can only be compared to breaking an Olympic record. We review the most remembered historical records of games.

The fastest in the world

Nearly 3,000 years after the first Olympics, track and field remains one of the most exciting events. That will be because athletes test the physical ability of the human body and defy the limits of what seems possible and impossible.

In London 2012, Jamaican Usain Bolt went down in history for running the 100 meters in 9.63 seconds and overtaking the world record he set in 2009, by 9.58 seconds. The Tokyo 2020 Olympics will be the first without Bolt, after announcing his retirement.

See also  Golf: San Sebastián Hickory Golf Open, an ode to the most ancient of sports

In the women’s competition, American sprinter Florence Griffith Joyner set Olympic records in Seoul 1988 in the 100 and 200 meters.

The sports and disciplines that are competed in the Olympic Games may differ from one edition to the next. In Tokyo 2020, for example, new sports were introduced to appeal to younger audiences, such as skateboarding, climbing or windsurfing.

However, some sports that were already practiced thousands of years ago remain in modern games within athletics events, such as the long jump, discus throw or javelin throw.

There are no records of records achieved in ancient Greece, but it is known that the winning athletes became real heroes and that poems and songs were composed in their honor. At present, there is a classification with Olympic records in these disciplines

Some athletes have written their names into the history of the Olympic Games for their unforgettable performance. When she was just 14 years old, Romanian Nadia Comaneci became the first gymnast to score 10 at the Olympics, at the 1976 Montreal Olympics.

American swimmer Michael Phelps is the athlete with the most Olympic medals in history: between Athens 2004 and Rio de Janeiro 2016 he won 28 medals (23 of them gold). During this time, he also broke several Olympic records and still has the best time in the categories of 200m freestyle, 200m butterfly, 200m styles, and 400m in the three relays.

On the other hand, the United States Basketball Team in London 2012 scored the highest score ever against Nigeria: 156-73. The team had great NBA stars like Carmelo Anthony, Kevin Durant, Kobe Bryant…

Brazilian footballer Neymar is credited with his most intriguing record: the fastest goal in Olympic history, scoring in the semi-final between Brazil and Honduras just 14 seconds into the match. It was in Rio de Janeiro 2016 and I was playing at home.

Swede Oscar G Swan (1847-1927) competed in three Olympics and won six medals in the stag shooting category (a test that was eliminated in the middle of the last century). Title of Oldest Olympic Athlete: 72 years old.