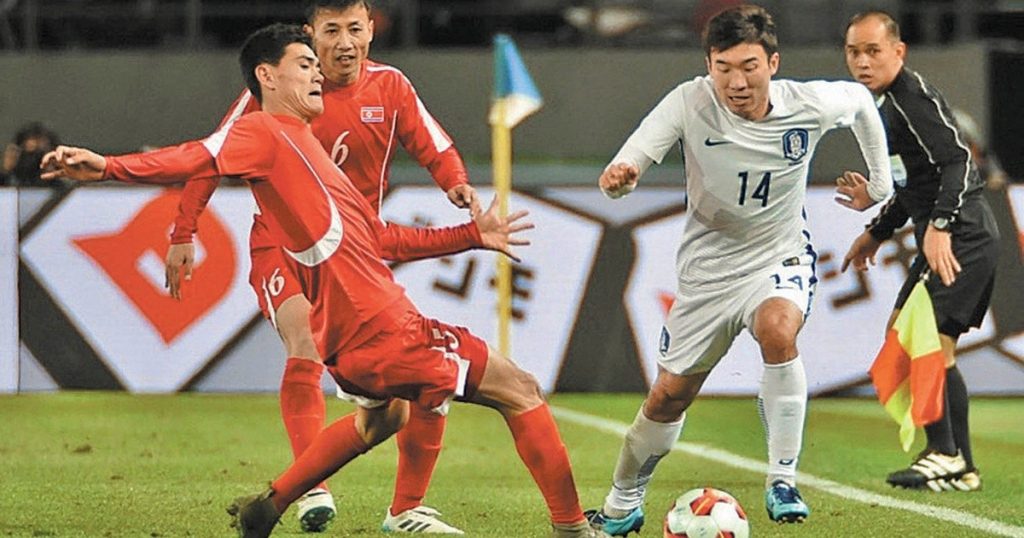 North Korea is split from the two biggest sporting events in the world: the Olympic Games and the FIFA World Cup.

His resignation from these events was justified in preventing the coronavirus from entering his territory, but according to this argument the political and social order was tightened, in addition to the fact that his continuity required him to play on the territory of South Korea.

According to Yonhap, the South Korean Football Association (KFA) reported that the North Koreans “have no intention of participating in the remainder of the match destined for Qatar 2022.”

According to the source, this information comes from an official document sent by the North Korean Federation (PRKFA) to the Asian Football Confederation (AFC) for not participating in the last three matches of the second qualifying round, scheduled for June. Given the context of the pandemic, the AFC announced that the last four days of this elimination round will be held in one country, in order to reduce travel and the risk of infection.

The venue chosen for Group H was South Korea, with Turkmenistan, Sri Lanka, Lebanon and the two Koreas competing.

This situation forces North Korea to play its remaining three matches against Sri Lanka, South Korea and Turkmenistan in the territory of its southern neighbor in a period of 12 days, between June 3 and 15.

With five matches, the North Koreans are fourth in their group, but one point ahead of the Turkmenistan leader, with two wins, two draws and one loss. It should be noted that in this round they are ranked first out of the eight groups and the top four second places.

Although the North Koreans argued with the AFC, according to a Yonhap report, that their withdrawal from the World Cup qualifiers was due to fear of infecting their players and coaching staff by bringing COVID-19 into their country, there have also been incidents that have reignited inter-Korean tension in the past two years.

In June 2020, North Korea cut communication ties and blew up a relationship office with its South neighbor; Previously, in October 2019, northern residents of the south were accused of buying military weapons from the United States.

However, sport has only shown progress in de-escalating the inter-Korean conflict, which dates back to the early 1950s. In 2018, they established contact after two years of silence thanks to the celebration of the Winter Olympics in Chang and on October 15th. , 2019, they played their first football match in 30 years.

This match was part of the 2022 qualifying rounds for Qatar, which were held in the capital of North Korea. The match ended in a silent draw to zero, as the match was not broadcast live, was without fans, and the South Korean press refused to cover it.

In 2021, after the AFC announced the resumption of qualifiers exclusively in South Korea’s territory, those from the North preferred to resign, as they did with the Olympics in early April. The decision was analyzed by professionals as a blow to hopes for improving inter-Korean relations, according to the Financial Times.

North Korea is not a regular attendee of the World Cup finals like its South Korean neighbor. The former has ranked only two cups out of 21 made in history (the latter in 2010), while the latter competed in 10, nine of them in a row since Mexico 1986.

See also  Valencia vs Barcelona, ​​from the Spanish League: goals, summary and result

It is also not the first time that the North Koreans have abandoned World Cup qualifiers, as they did so en route to Mexico 1970 and Argentina 1978. In addition, they decided not to participate, from the start, in operations leading to France 1998. Korea and Japan 2002, and the latter. Especially because its southern neighbors will be the headquarters and relations with them are still in open conflict.