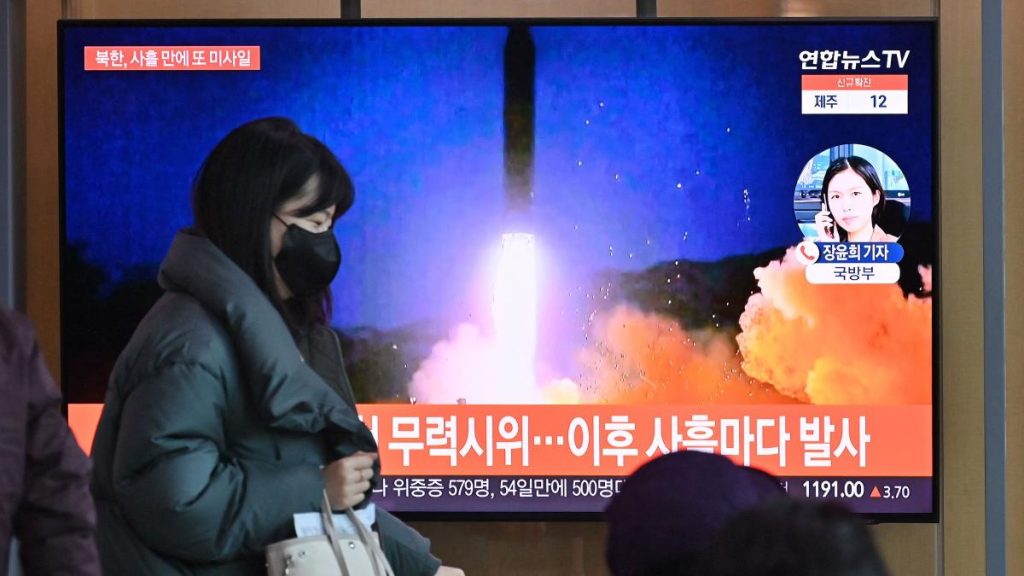 North Korea fired new projectiles on Monday, its fourth so far this year. According to the South Korean General Staff, Pyongyang was to launch two short-range ballistic missiles from an airfield in the capital, which later fell into the waters of the Sea of ​​Japan without damage.

“At the moment, our military is tracking and monitoring movements associated with (North Korea) and maintaining a position of readiness,” the General Staff wrote in a letter.

The missiles were activated from the Sinan airport in the capital, Pyongyang.

For its part, the Japanese military said that the projectiles were launched from the west of the country in the direction of the Sea of ​​Japan around 8:49 and 8:52 am (local time) and that they were located outside its exclusive economic zone.

According to its defense minister, Nobuo Kishi, the projectiles reached a maximum height of 50 km and flew about 300 km before falling into the sea.

This is the fourth launch of this type carried out by Pyongyang last January, after it launched on the fifth and eleventh days what it claims are hypersonic missiles, capable of traveling five times faster than sound, and on the fourteenth it launched two missiles Steers from a train after he threatened to retaliate against new US sanctions against several North Koreans.

“If the United States adopts such a confrontational stance, North Korea will be forced to adopt a more assertive and more forceful response against it,” a foreign ministry spokesman in Pyongyang said that day.

With denuclearization talks with Washington deadlocked since the failed 2019 Hanoi summit between Kim Jong Un and then-President Donald Trump, North Korea’s dictator last year ordered a focus on developing new, next-generation weapons, including hypersonic missiles. , which is one of the five priorities of its latest five-year plan.

North Korea has regained a firing rate not seen since 2017

In September, the country fired its first such projectile, the Hwasong-8, and this month it’s back to a rate of release not seen since 2017, when tensions with the White House reached a peak.

Since the aforementioned failure of the Hanoi summit, Washington has chosen not to attach much importance to the occasional North Korean launches.

But after the 11th test, the Joe Biden administration approved for the first time sanctions against six North Korean citizens it accuses of providing materials and technology for the regime’s weapons program from abroad.

In addition, the US ambassador to the United Nations, Linda Thomas Greenfield, also indicated that Washington is pressing the Security Council to impose additional sanctions on the Asian country as a punishment for all launches it has carried out since last September, which she considers a violation of international sanctions imposed on the program its weapons.

For some analysts, the latest shots underscore the development of North Korea’s ability to launch missiles from various platforms, including moving trains, underground assets, and ground facilities.

In addition, they question whether these actions follow a plan that North Korea has used on previous occasions to pressure the United States and its allies, under which Pyongyang would double its missile tests and announce threats to gain weight before proposing a return to the negotiating table. .