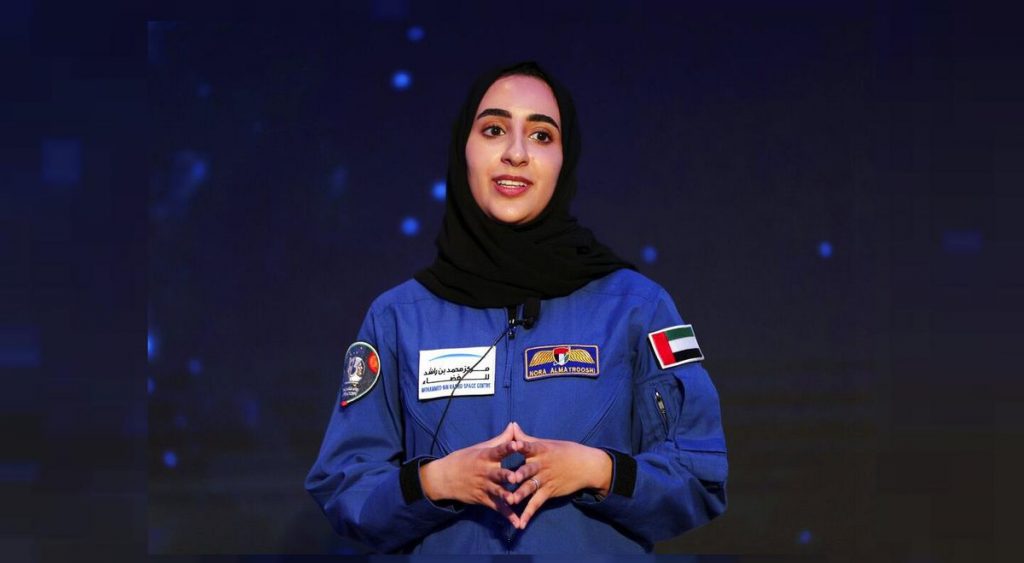 Emirati Nora Al Matroushi She will be the first Arab woman to reach space as one of those selected for the eight-day mission to the International Space Station.

It was her childhood dream to always be astronaut And now this has become a reality, in addition to breaking the stereotype of the patriarchal society that prevents them from developing in that profession. “I am very excited because I wanted to be an astronaut for so long. I finally achieved this. But I also feel a great sense of obligation and responsibility towards my country and towards the Arab world because I will represent them in space.

“I have to do my best, I have to work more than 100% and show that I deserve to be in this position”In an interview, she told Efe the 28-year-old space-seeking girl who struggles daily to “end those thoughts” that she or “Arab women in general” can’t be part of the space race.

Al Matrooshi will be part of the UAE team of four astronauts (Water), which includes Hazza Al Mansouri, the first Emirati astronaut to fly into space in September 2020 on an eight-day mission to the International Space Station.

Currently, Al Matrooshi is training in Dubai for this arduous task and will then head to NASA’s Johnson Space Center in the United States to continue his two-year training. It will be directed in manned spaceflight and space research in order to carry out missions in low orbit.

Al Matrooshi, a mechanical engineer who until recently worked for the UAE National Petroleum Construction Company, wondered why she was chosen from among the thousands who applied, but received no response, like the rest of the people. “It’s not about the lack of women from this part of the world, but[this part of the world]wasn’t interested in space before and now they’re starting to get interested in it,” she explained.

To be selected, she had to pass a long and arduous process in which 4,305 candidates participated, 33% of whom were women, which included tests of intelligence, personality, technical ability, medical examinations and rigorous tests to assess physical condition. Teamwork and communication skills.

It was the Vice President and Prime Minister of the Arab state, Mohammed bin Rashid Al Maktoum, who announced in a message on his Twitter account, “The first Arab female astronaut, among two new astronauts selected to train with NASA for future exploration missions.”