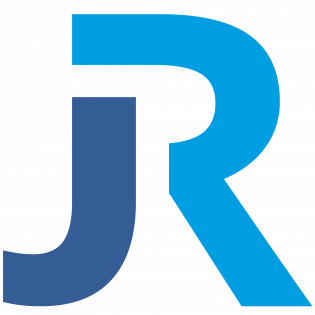 Inspired by the reference to hyperdecibelia discussed in this column, musicologist Jorge Vialo Salazarte (Estévez 260, Flat 10, between Infanta and Barberia, Cerro, Havana) sent me his opinion, which is a gem:

“On April 4, your mandatory music produced echoes that you shared with me on that public complaint that I insisted so much. I intend to promote music awareness for broadcasters and audiences. Thus, I help reduce the sinister noise that kills the mind, the heart, the neighborhood relations, and not least, the comprehension and expressive capacity, which is no longer musical, but also verbal communication.

“There is temporary acute deafness caused by exposure to loud sounds, which if repeated, becomes chronic. This also reduces speech comprehension due to a deaf effect such as partial and tonal: not perceiving sounds of certain frequencies in the first, and not distinguishing between different sounds in the second.

“The deaf tone hears even the richest melody as if it were the same tone being repeated. And when this affects the perception of the melody curve of speech, the ability to perceive, articulate, articulate better, and even display emotional states, as if there was a mismatch.

“There is a line of music therapy at the Tomatis Center in Chile that caters to students with learning disabilities not because of intellectual factors, but because of poor hearing ability that prevents phonemic recognition, apprehension and understanding of matter. Thus everything is affected by problems that depend on the middle ear and the ability to listen.

“Not many people think that hearing aids are guilty of deafness. The decibels are also decided in them: the measurement of sound pressure, which in the minimum volume of the wing and middle ear, in volume, is equivalent to the placement of a giant loudspeaker. The effect of noise is proportional to the distance and time of exposure: it is not the same to feel a hammer at work. With compressed air for a minute, eight hours, a hundred meters, or aside.

“And so we come to Camilo Conde’s complaint about music in a loud isolation center for eight hours on weekdays or ten on Sundays. And to Yurel Sanchez’s answer about “the politics of music” with breaks at noon and sunset. It will be essential to know how many hours and from what distance the audio engineers of Los Cocos are exposed … and the loners, who do not go there on vacation.

“And more questions arise when thinking about everyone: Assuming the appeal is approved by public health, at least calm and calm music should be recommended, and paused for twenty minutes every hour, as recommended in those cases. It remains to be seen the position of the speakers, in terms of distance and sound pressure, in their inverse proportional relationship. Even testing the effect of amplified music on a field of corn, an American farmer saw the plants near amplifiers dry up.

“Yurel’s response to me has brought echoes to this imagined“ common sense ”that is activated when a sacred word is presented, the end of musical diffusion to fulfill requests. And you say well, José Alejandro, that through fleeting surveys, the majority do not always reveal reason and justice, after being asked about what If the music is being broadcast in hospitals.

“Can you hear yourself speak out loud through the intense sound of equipment set-up to fill stadiums, even outside your home? Be careful: other than the intensity of the voice, the expressive characters of music affect the endocrine nervous system of the central nervous system, and the whole organism, in animals and plants.

“Anyway, since it is already a proven fact that proper music causes cows to give more milk, how can we consider the thinking neighbor less?”