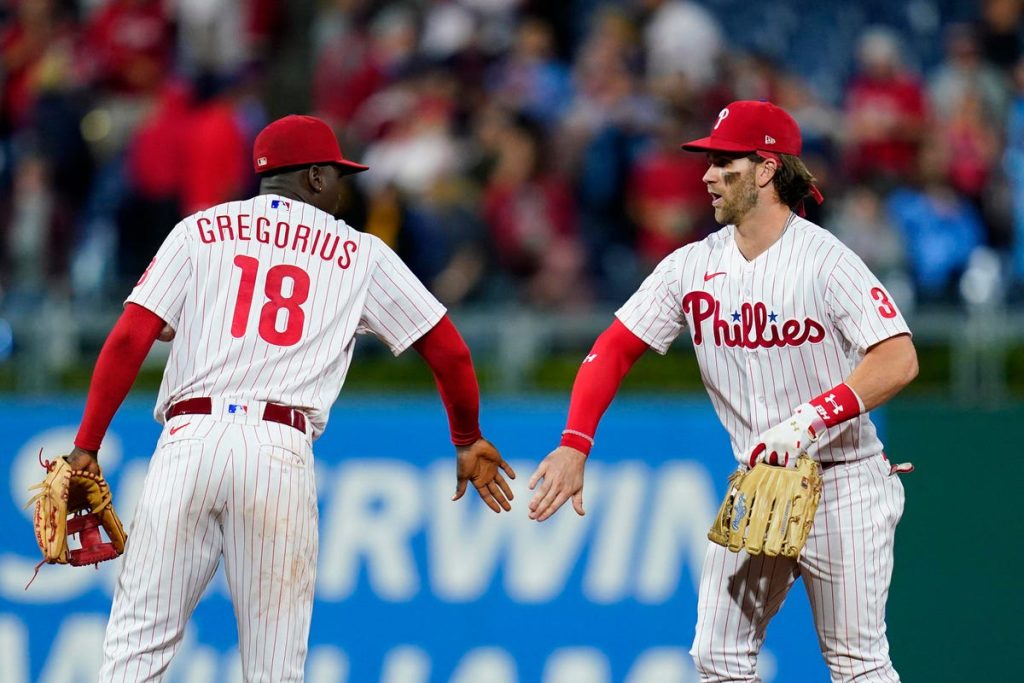 The MLB regular season will be beginning just four days from now. There will be six teams in the American League and the National League that will make it to the MLB Playoffs this year. There are MLB fans and MLB analysts that are making their predictions for division winners and finishes for the 2022 MLB regular season.

Philadelphia also has Bryce Harper, J.T. Realmuto, Rhys Hoskins, and Jean Segura in their lineup. This offense is going to produce a ton of runs on a game-to-game basis. This is going to make manager Joe Giradi really happy. The Phillies have a real shot to make it to the playoffs and go far this year.

It is all going to depend on their starting pitching and bullpen. Zach Wheeler and Aaron Nola will be their top two starters but will need to get other production in the starting rotation elsewhere. The bullpen has other issues and Roger Suarez is one of their main relievers and potentially the closer on this baseball team.

The Atlanta Braves are the defending World Series Champions. They are going to have a completely different baseball team this year. Atlanta lost its franchise icon this offseason via free agency to the Los Angeles Dodgers in first baseman Freddie Freeman.

Freeman’s leadership absence will be felt in the clubhouse big time. They traded for first baseman Matt Olson from the Oakland Athletics in the offseason for four prospects. The Atlanta Braves were able to do this because they have a very deep prospect pool.

Atlanta still has tons of talent on its roster like Austin Riley, Ronald Acuna. Jr, and Ozzie Albies. They have a very underrated starting pitching rotation and their bullpen came up clutch in the postseason last year.

There is a chance that they could potentially have a World Series setback, but they are still talented enough to get back to the playoffs and go back-to-back. Manager Brad Snitker will have to push the right buttons early and often for this baseball team.

The New York Mets will have high expectations to start the 2022 season, but it will probably crumble down on them like always. Jacob deGrom and Max Scherzer are already hurt to start the season. Chris Bassitt and others will have to step up in the rotation for manager Buck Showalter (first season with the club).

Francisco Lindor needs to live up to that contract and Pete Alonso needs to be the vocal leader and produce and others need to hit the baseball well. The bullpen is a major question mark and closer Edwin Diaz needs to be much better than he has been in the past.

They have the talent to make a playoff run and win the World Series, but they need to get out of their own way with injuries and other drama surrounding this organization. The New York Mets fanbase will suffer more disappointment this year, unfortunately.

They could finish anywhere between the top or the bottom of the standings in the NL East. New York and its Mets fans are hoping for something different this year. They also spent money in the offseason to sign Starling Marte and Mark Cahna and the New York Mets need to get out of the gate strong or it will be another long summer for them.

The Miami Marlins will be managed by Don Mattingly this year. Miami has the prospects to potentially surprise some people, but they may not reach 82-82 and it will be another long summer in South Beach.

Sandy Alcantara and Trevor Rogers are their best two starting pitchers. Their bullpen will be decent. Jesus Aguilar and Garrett Cooper will be the main pieces of the offense in the Marlins lineup.

The Washington Nationals will be managed by Dave Martinez. They will be going through a rebuilding phase so it is very possible that Washington finishes with over 100 losses this year.

Their best player by far is outfielder Juan Soto. Stephen Strasburg will be their top starting pitcher, but the Nationals starting pitching and bullpen, in general, is going to be extremely bad this year and could potentially be one of the worst in baseball (MLB) this year.