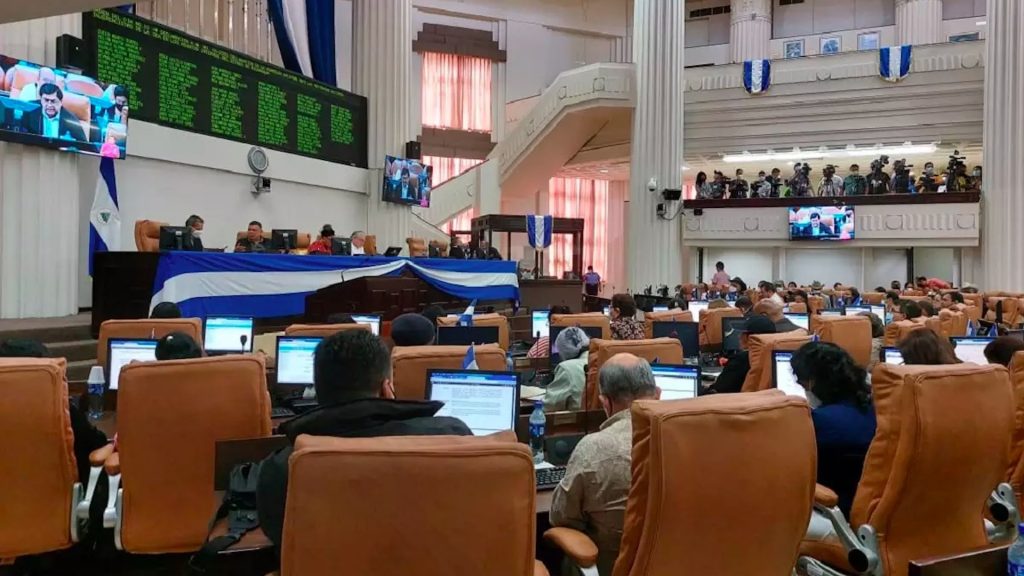 The Supreme Court of Justice of Nicaragua (CSJ) endorsed a statement to the Legislative Assembly urging the President Daniel Ortega to pull the country out of it OAS For rejecting the legitimacy of the recent elections in which the former guerrilla won a fifth term.

The Supreme Court, made up mostly of Sandinista judges, decided to “support the request of the National Assembly (Parliament, AN,)”, approved the day before, urging the Ortega, “in his capacity as Head of State and Government, to denounce the Charter of the Organization of American States, in accordance with the provisions of Article 143 of the said instrument.”

The position of two of the four forces of Nicaragua This came in response to the resolution of the 51st General Assembly of the Organization of American States, approved last Friday, which considered that the November 7 elections “were not free, fair or transparent and did not have democratic legitimacy.”

in decision Supreme court, followed by the Acting Secretary CSJThe investigative judges, Gerald Orias Lacayo, claimed that they acted on “the principles on which our nation is based, in particular national sovereignty, independence and self-determination”.

“These are rights inalienable and essential which belong absolutely and firmly to the people of Nicaragua,” they pointed out.

They resort to the constitution and nationalism

They also appealed Article 1 of the constitution Nicaragua, reformed in 2014, which states that “independence, sovereignty and national self-determination are the inalienable rights of the people, and the foundations of the Nicaraguan nation.”

No foreign interference in the internal affairs of Nicaragua, or any attempt to undermine those rights, threatens people’s lives. They added that it was the duty of all Nicaraguans to preserve and defend these rights.

Ortega, 76, who returned to power in 2007, was re-elected to a fifth five-year term and a fourth straight, along with his wife. Rosario MurilloAs Vice President in those elections that did not achieve the recognition of the majority of the international community.

besides OASThe European Union and part of the rest of the countries The international communityThe Nicaraguan elections were rejected, among other things, due to the absence of seven potential candidates for the presidency of the opposition who were imprisoned before the vote on charges of “treason,” among them independent Cristina Chamorro, who is favored on the ballot.

as well as by removal Three opposition parties, the abolition of electoral observation, inconsistencies at the level of participation, and a series of laws that restricted participation in the process.

On the contrary, among the countries that congratulated Ortega For re-election are his allies from Bolivia, North Korea, Cuba, Iran, Palestine, Russia, Syria, Venezuela and Vietnam.