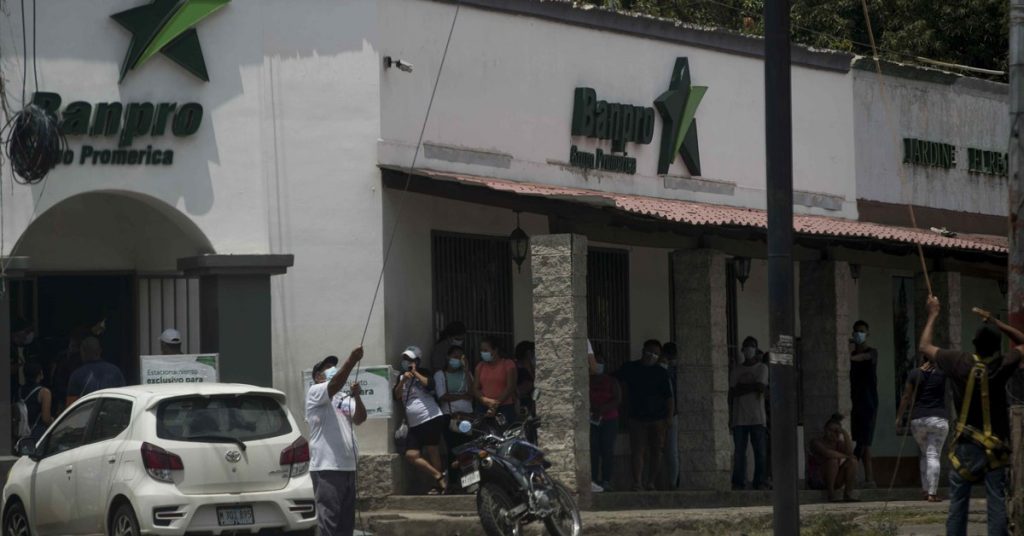 Suggest the Nicaraguan system Amending the general law for banks, non-bank financial institutions and financial groups, which provides, among other things, for the extension of sanctions to these entities and their officialsAccording to the initiative issued today, Monday, by the National Assembly (Parliament).

Executive It is proposed to fine the director, representative, director, chief executive officer, officer, director of risk prevention, internal auditor or any other employee of a banking institution “Discovering or informing the customer that his transaction is being analyzed or considered for a possible report of suspicious money laundering, or to inform him that such a report is to be submitted or submitted.”

very For those who alter or distort data or precedents in budgets, books, statements, accounts, correspondence, or any other document, or conceals or prevents them from knowing or destroying these items, In order to obstruct, divert or evade control, supervision or inspection, according to the text.

The executive branch proposes Punishing officials with a fine equivalent to between two and eight times their monthly salary, “without prejudice to other penalties provided for by law,” According to the project.

The Executive has asked Parliament, where the Sandinistas have an absolute majority, to urgently approve this initiative (Photo: EFE)

In the case of managers, the fine will be higherAnd in the event that the violations are very serious or recurrent, the bank supervisor may order the permanent removal of the offender from the offender’s position.

The Executive Director asked Parliament, Where the Sandinistas have an absolute majority, this initiative must be approved urgently.

In his explanatory note, The system made it clear This amendment is requested because “the State of Nicaragua has expressed its firm commitment to combating organized crime and money laundering, Financing terrorism and financing the proliferation of weapons of mass destruction in order to protect the national economy.

It is also working to strengthen its legal system and the work of regulatory authorities, by The country’s financial system is “getting stronger, able to assess, manage and mitigate the risks it is exposed to.”

The regime explained that it is requesting this amendment because “the State of Nicaragua has expressed its firm commitment to combating organized crime and money laundering (Photo: EFE)

In addition to, The Executive Director pointed out that the framework of penalties related to fines on sectors regulated and supervised by the Banking Control Authority was prepared in 2005, “When the reality of the country and the financial system was very different from today, that is why we must continue to modernize.”

“Nicaragua must continue to progress in order to reach levels similar to those in the countries of the region in terms of effective, proportionate and dissuasive sanctions for our financial sector, He referred to what proved to be a flaw on the part of the International Financial Action Task Force (FATF).

The government confirmed that it had developed a joint plan with the Financial Action Group, Necessary improvements in this regard, including the imposition of a range of sanctions It allows for an effective, deterrent and proportionate sanctions regime.”

Daniel Ortega v. Banks: the regime passed a law that would isolate Nicaragua and exclude it from all international transactions
Nicaragua’s public debt is $7,142.9 million, or 56.6% of GDP.
The Nicaraguan opposition denounced the arrest of former Foreign Minister Francisco Aguirre by the Ortega regime