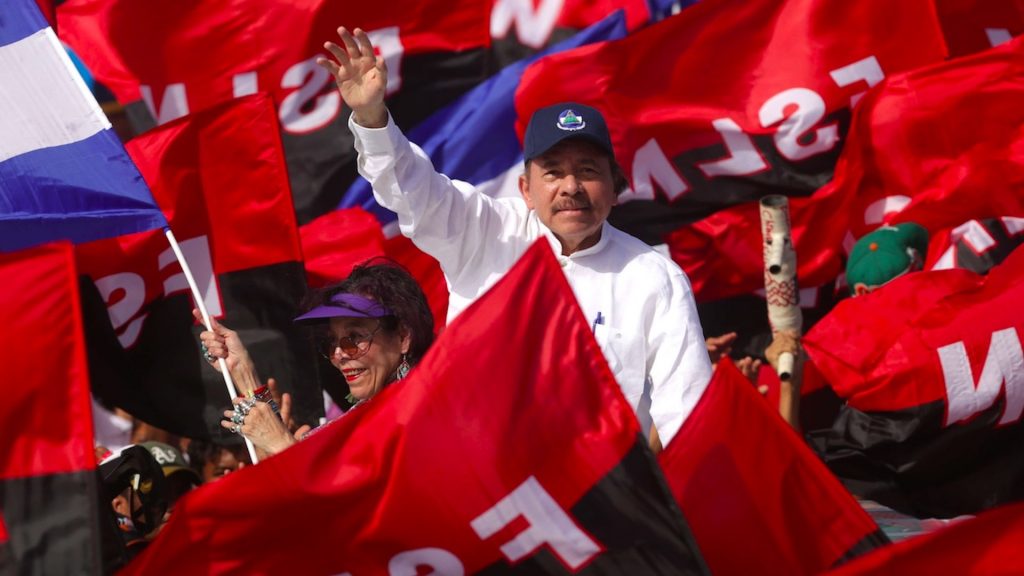 Government Nicaragua Friday denounced a letter Organization of American States (OAS) and announced his exit from that body after his exclusion elections Generals on November 7, as President Daniel Ortega reigned for a fifth term.

In the letter, Foreign Minister Moncada clarified that “in accordance with Article 67 of the Vienna Convention on the Law of Treaties”, I have solemnly notified “our firm decision to denounce the Charter of the Organization of American States, in accordance with Article 143 of it, which begins with the final withdrawal and resignation of Nicaragua from this organization.”

Nicaragua: The OAS is an instrument of the United States

In the document, Managua accused the OAS of failing to comply, irresponsible disregard, violating its charter of respect for the sovereign equality of nations, non-interference in internal affairs, and failure to impose unilateral, illegal and coercive measures.

The OAS was conceived as a political-diplomatic forum born under the influence of the United States as an instrument of intervention and intervention, and its work against Nicaragua demonstrated that this organization, operating permanently in Washington, had the task of facilitating the hegemony of the United States. its intervention in Latin American and Caribbean countries,” according to the complaint’s text.

For Nicaragua, Moncada continued, “This is unacceptable, we reject it and condemn it.”

He noted that his country has repeatedly expressed its condemnation and rejection of the “interventionist action” of the Organization of American States and that Nicaragua “does not recognize ourselves as a colony of any power, and we demand national dignity and decency, in a legitimate defense of our independence, sovereignty and self-determination.”

He added, “The rightful people and government of Nicaragua are giving up being part of this captive organization in Washington, which is being exploited for North American interests, and becoming a creator of interference and disagreements at the expense of the peoples of Latin America and the Caribbean.”

They demand a halt to international influences

Moncada explained that this memorandum constitutes “our firm statement and our decision to condemn the charter of the Organization of American States, so that its harmful international effects against Nicaragua cease.”

For this reason, he added, he asked Almagro to immediately inform the member states of “Nicaragua’s decision to denounce and resign the national irreversible, dignity and patriotism in the face of the unfriendly and aggressive interventions and actions of that organization, and the governments subordinate to the governments of the state.” United States and the Secretary-General”.

Nicaragua argued that it made its decision based on its constitution and at the request of the three other powers of the state: legislative, judicial and electoral, which urged Ortega to denounce the OAS charter, after rejecting the legitimacy of the recent elections.

Nicaragua’s decision comes after the 51st General Assembly of the Organization of American States, in a resolution approved last Friday, held that the general elections that ensured Ortega remained in power “were not free, fair, transparent and had no democratic legitimacy.”

See also  Miami building, this is how the building was demolished

The presidential and legislative elections, which were held on the seventh of this month, emerged due to the absence of seven potential candidates for the presidency of the opposition, who were imprisoned before the vote on charges of “high treason, among them the independent Christiana Chamorro, the candidate in the polls.” .

Ortega, 76, who returned to power in 2007, was re-elected to a fifth five-year term and a fourth, along with his wife, Rosario Murillo, as Vice President, in those elections that did not achieve recognition by a majority of the international community.

In addition to the OAS, the European Union and part of the rest of the international community rejected the Nicaragua elections.

On the contrary, among the countries that congratulated Ortega on his re-election were allies from Bolivia, North Korea, Cuba, Iran, Palestine, Russia, Syria, Venezuela and Vietnam.