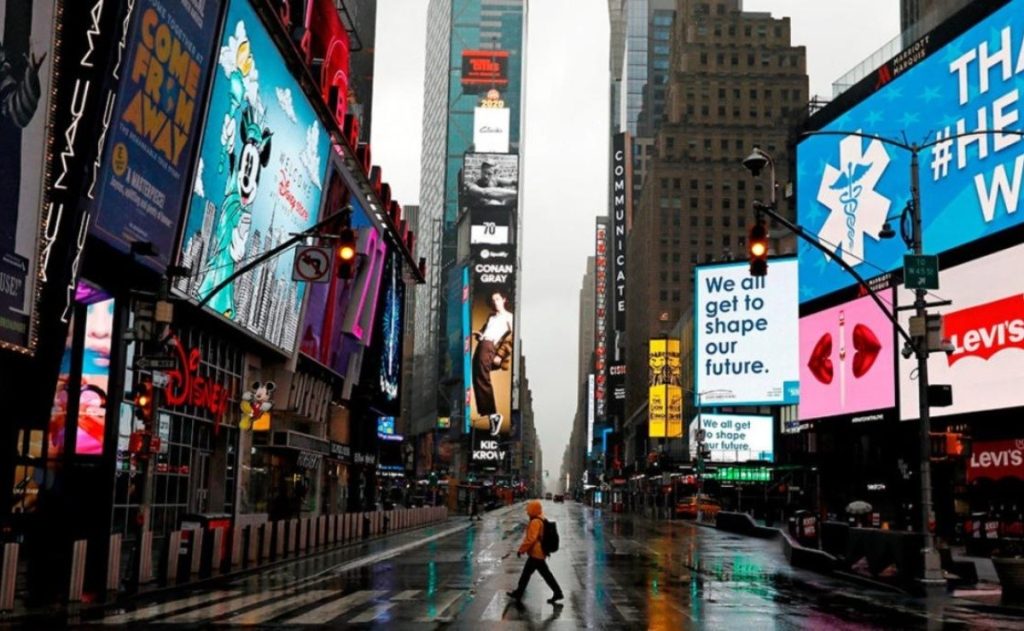 United State. – New York City planning to remove cars, In the legislature that has just begun, 25% of the urban area to be given for public use Among them are lanes for buses or bikes, new spaces for pedestrians, green areas and wider sidewalks.

“We don’t like talking about ‘closing the streets,’ quite the opposite: opening them up to pedestrians and public use,” said Transportation Commissioner Yidanes Rodriguez, appointed by new Mayor Eric Adams, who took office Jan. .

Within these new public uses will also be the expansion of “Open Schools”continuing an idea born at the time of confinement by Covid-19 that allowed some school activities to be moved to the streets or squares adjacent to schools.

Read more: Thousands of flights canceled as winter storm hits US with snow and strong winds

Similarly, the mayor’s office will promote “open restaurants”, which in Spanish countries are called terraces, which is a rarity in New York before of Covid-19 and that the pandemic has “encouraged” them to expand their street activity, sometimes stealing entire lanes of roads, although sometimes they have to resort to heated plastic “bubbles” to allow runners to withstand the cold winter temperatures.

The plan, whose deadlines and budget have not been established, will be drawn up throughout the term of the term Eric Adamswho, like Rodriguez himself, is a known defender of the bike and loves to be photographed on his saddle.

“Our goal is to go to a city where we don’t need the car,” Rodriguez adds, however, ruling out any action that penalizes the use of private cars.

More bikes than ever

On a normal day 530,000 bike rides were recorded in New YorkAnd, every month, 773,000 New Yorkers use their bike several times a month.

With a 4.7% annual increase in daily two-wheeler use, the number of rides doubled in 10 years, between 2009 and 2019, but its emergence became especially evident in 2020, when the majority of local schools, schools and businesses closed in New York The streets are empty of cars.

The mayor’s plan is to add an additional 500 meters of sheltered trails, He considered all bike paths as priorities for cleaning up (especially after a snowfall), considering that they are “workplaces” for the growing community of food delivery, who navigate at full speed through these lanes.

New York buses are the slowest in the US

buses big apple They are the slowest United Stateas the municipality admits: With an average speed of 8 mph (12 km/h), it drops the most at peak times, which probably explains why the number of users is down 13% in four years.

The mayor’s office is working on a plan to improve bus lanes, to double the number already under 150 miles across the city, but above all wants to implement a smart traffic light system (there are 14,000 intersections with traffic lights in the city.) that allows buses to pass preferably on the cars.

The mayor’s office is clear that the bus It is the only public transportation available in peripheral (and poorer) neighborhoods that are hard to reach by subway, so improving bus service is essential to raise the standard of living in these neighborhoods and stabilize their residents, and avoid mass exodus from those neighborhoods, the commissioner says.

Within the mayor’s plans, there is also progress in the creation of pedestrians in the streets, without specific numbers in a city and state where everything has yet to be done compared to European models: in New York, The only pedestrian zone (not entirely) was the area around Times Square, which was forced with great opposition from merchants.

Read more: “TikTok should be ashamed.” Texas governor confirms that gangs use this social network to recruit smugglers

The ultimate goal of all of the mayor’s plans is to improve air quality: During confinement, the disappearance of the car from New York’s streets resulted in a 23% reduction in particulate air pollution, so if reduced from road traffic in a sustainable manner, the Citizen Administration calculates that it will reach 34% decrease.