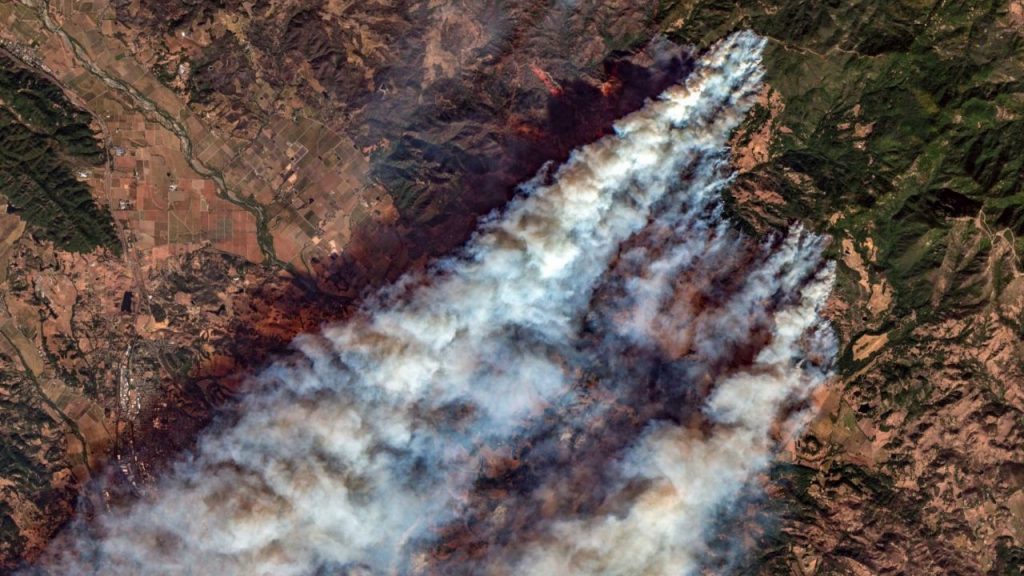 Gathering new information about fire behavior is becoming increasingly urgent as wildfires become more intense globally, whether due to global warming, human use of the land, or political and political motives.

At any given time a part of the world is on fire, and we know that wildfires have many impacts on humans, wildlife and the economy; Wildfires are a major driver of greenhouse gas emissions and are also responsible for 5 to 8% of the 3.3 million premature deaths annually due to poor air quality, according to research Sources of Air Pollution. Outdoor and premature mortality on a global scale.

Climate change affects wildfires in two main ways. The first is the increased risk or potential for a wildfire. The second is longer fire seasons, mainly due to higher temperatures.

Dr Matthew Jones, Principal Investigator in Fire Emissions at the University of East Anglia, UK, argues that human-induced (man-made or man-made) climate change has increased the flammability of landscape fuels, as well as increasing pressure on fire activity.

Fires are still won and lost through hard work in the field and relatively low-tech tactics, such as burning strategic areas near the edge of an active fire to slow or stopping its progress, and spraying water and foam to slow the flames. Usually the best tools are simple: saws, excavators, hoses and backpacks for throwing water, etc.

In the US, they are turning to cutting-edge technologies, from supercomputers creating near-real-time fire maps and using drones to constantly review the burning area to improve the way we respond to these massive fires.

However, as climate change contributes to more frequent, intense and larger fires that threaten humans, infrastructure and natural resources at unprecedented levels, as we identified at the beginning of this note, response and suppression methods must evolve. The innovations provide firefighting teams with additional tools to detect, contain and even put out fires faster and more safely.

A common problem with wildfires is that they are caught too late and are already spreading. Currently, most fires are reported by civilians or aircraft pilots. However, this erratic approach can cause fires that last hours or sometimes days before resources are mobilized.

A geospatial-intelligence company based in Santa Fe, New Mexico, or a startup called Descartes Labs, is trying to reduce this lag by training its AI to spot looming fires. The company’s artificial intelligence software tracks images delivered every ten minutes from two US weather satellites, looking for hot spots such as smoke or changes in thermal infrared data that could mean a fire.

From there, several algorithms are run, each looking for different characteristics of a forest fire, to determine if there is a fire. If the algorithms reach a consensus, the system sends a text alert to local fire managers, providing longitude and latitude coordinates for the fire and how to reach the fire.

This is really useful, especially at night or when you’re on top of a summit 20 kilometers or more away, and it’s hard to really pinpoint where the fire is, says Donald Grego, chief of the New Mexico State Forest Management Office. Since its launch two years ago, the system has detected more than 6,000 fires, some as large as four hectares, in just nine minutes.

A similar early detection technology is being tested in the Vincula, California area. In Sonoma County, several local agencies have begun installing a tower-mounted camera system as part of the fire alarm system.

The devices scan and photograph areas exposed to fire and send images every ten seconds to a fire emergency center operated by monitors. The cameras are also connected to an artificial intelligence program that compares all incoming images to historical images from the same locations. If something seems out of place, emergency teams are immediately notified and sent for first-hand verification.

As the weather warms and the fires intensify, fire scientists know their work is more important than ever. Warnings won’t stop the fire, but they may help us determine where to make decisions, because every minute counts.

World Committees of Experts on Protected Areas (WCPA) and