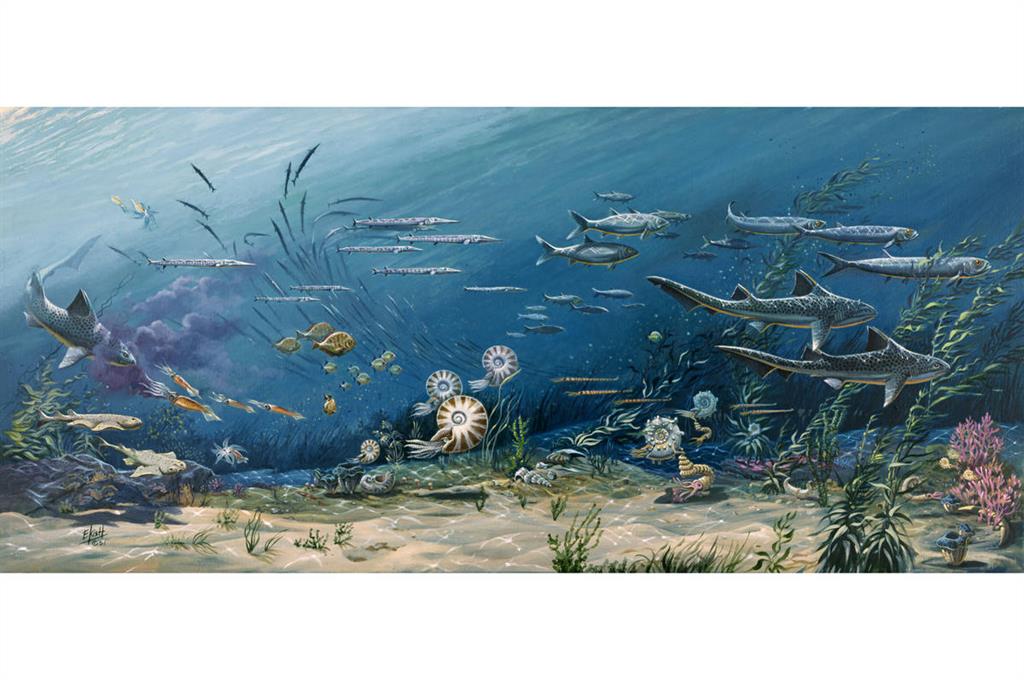 Increased acidity in the atmosphere changes the ecological balance of the oceansAccording to new research led by the University of East Anglia (UEA) in the UK and published in the journal science progress.

The first study to analyze the effect of acidity on the transport of nutrients to the ocean showed that The way nutrients are provided affects the ocean’s productivity and its ability to absorb carbon dioxide from the atmosphere.

The research was conducted by an international team of experts, sponsored by the United Nations Group of Experts on the Scientific Aspects of Marine Environmental Protection (GESAMP).

the teacher Alex BakerProfessor of Marine and Atmospheric Chemistry in the University of East Anglia’s School of Environmental Sciences and lead author, explains, “Human emissions of pollutants have caused significant changes in atmospheric acidity, resulting in known environmental effects, such as acid rain. The acidity of the atmosphere affects the amount and distribution of nutrients (nitrogen, phosphorous and iron) that reach the ocean.”

As noted, “acids attack the surface of desert dust particles when they are carried by the atmosphere, increasing the proportion of phosphorous and iron present in these particles that will dissolve when the dust falls into the ocean.”

Our work indicates that The increase in acidity since the industrial revolution has increased the proportions of phosphorous and iron It is soluble in 14% and 16%, respectively – continues -. These increases will have a direct fertilizing effect on marine phytoplankton.“.

Over the same time period, pollutant emissions have at least doubled the amount of nitrogen added to the oceans through the atmosphere.

the teacher Maria Kanakido, from the University of Crete, Greece, also contributed to research using global chemical transport deposition models. According to her, “acidity controls the distribution of the oceans through the atmosphere. Acidity controls the distribution of nitrogen between particles and gases in the atmosphere, such that changes in acidity alter the length of time that nitrogen remains in the atmosphere and, therefore, where it is deposited in the ocean.”

In addition to fertilization, these changes in the quantity and geographical distribution of nutrient deposition also affect the ecological balance of the oceans.

Professor Kanakido points out, “Phytoplankton communities are sensitive to the proportions of nutrients available to them. It is possible that the changes in nutrient deposition we identified caused environmental changes, because atmospheric inputs alter the nutrient balance in surface waters.“.

He adds that these changes could favor certain types of phytoplankton over others, depending on the adaptation of organisms to the relative levels of nutrients in the water.

Professor Athanasios Nenes, of the EPFL in Lausanne (Switzerland) and the Center for Studies on Air Quality and Climate Change of the Foundation for Research and Technology in Hellas (Greece), explains that “fine particles in aerosols tend to remain strongly acidic, despite the reductions It is only thanks to advances in theory and modeling that understanding this irrational behavior and its impact on ocean nutrient supply has only been possible.”

According to the alert, “anthropogenic emissions will continue to modify the acidity of the atmosphere in the future. Emission controls in place to deal with acid rain will reduce the acidity of aerosols in many regions of the world, Continued economic development is likely to lead to acidification in other regions“.

The researchers consider the system unlikely to return to its pre-industrial state, since wildfires – which affect both nutrient supply and acidity – will play a larger role in a warmer climate and their impact is highly uncertain.

In this sense, Professor Becker asserts that “Knowledge of the complex interactions between nutrient supplies and marine microbial communities is limited. Predictions about the consequences of long-term changes in atmospheric acidity on marine ecosystems need to be considered in combination with other system stresses, such as ocean acidification, warming and deoxygenation.”