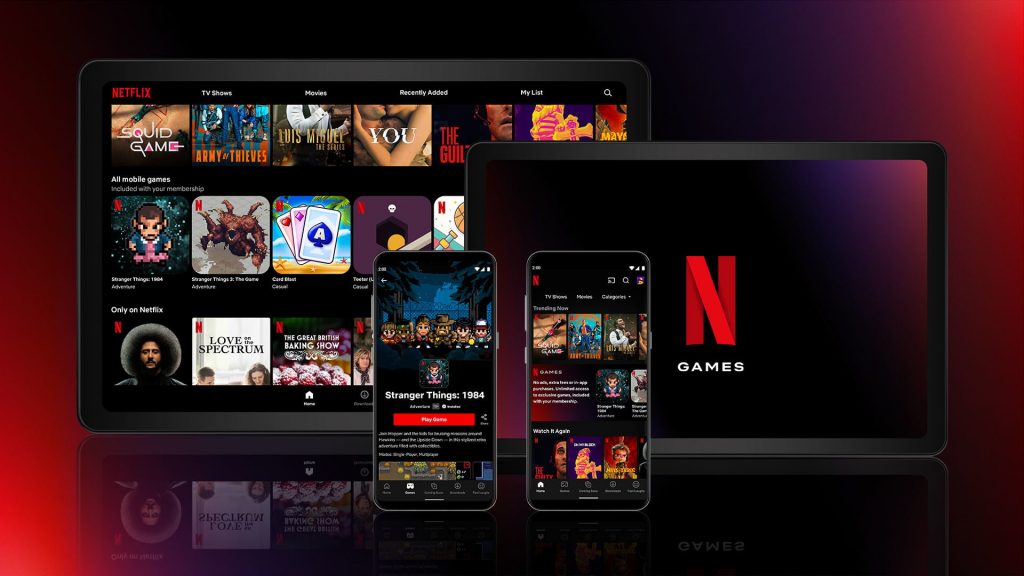 Netflix video games will begin to become a reality. The company announced that starting November 3, all Netflix subscribers will have access to the first mobile games.

These titles It will be available on Android and there will be five: Stranger Things: 1984, Stranger Things 3: The Game, Shooting Loops, Card Blast And swings. Everything can be played without paying any additional fees, and it will only be necessary to have an active subscription to the main Netflix service.

The company also explains some important details about how the gaming division operates. First of all, these will appear within the Neflix app for Android, whether on tablets or phones in a special section where they can be downloaded and played.

Games will not require additional payments and will not have microtransactions, as is already customary in the mobile world.

Another important detail is that to use the games, an internet connection isn’t entirely necessary: ​​”Some may require a connection, but others can be played offline,” says Netflix, “to make those moments without Wi-Fi or with a bad signal more bearable.” “.

In addition, the games will be available to all user profiles within the same account and without limits, as they now work: a limited number of users at the same time, depending on the plan.

Netflix says these five games are just the beginning of its ambitious plan to enter the world of mobile video games. It should be noted again that this announcement is for Android only and that these titles should also be expanded to iOS in the future, especially so that their US users are not left out of the party.

However, the fact that the games are downloaded from the Netflix app and not from the Apple Store may be a shoe-box that in other cases has ended in massive lawsuits and millions of dollars.