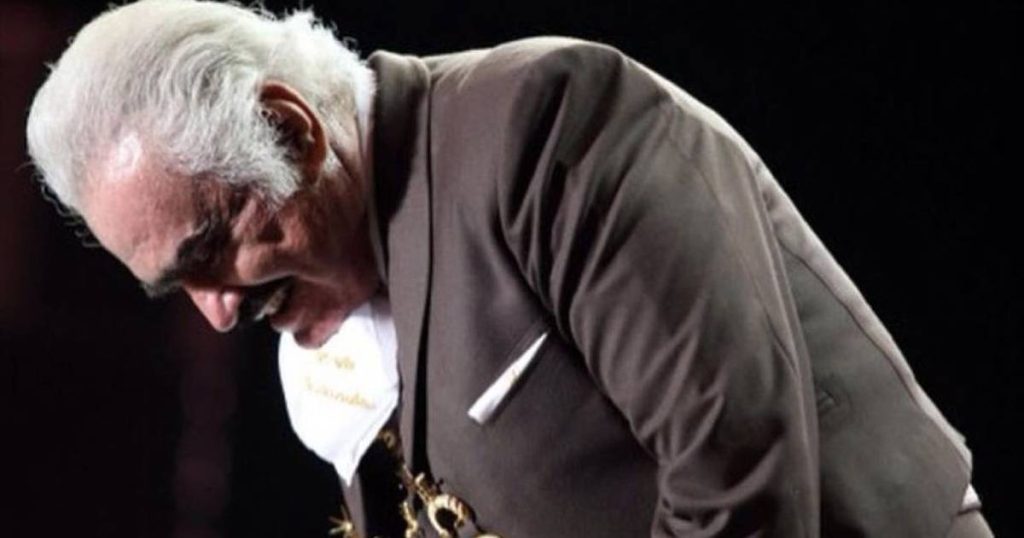 A lot of controversy has been launched around the series. “The Last King: Son of the People” Produced by Televisa, it deals with the life of Don Vicente Fernández, not only because he does not have the support of the family but also because of fans who disagree with the development of many of his scenes.

In parallel, Caracol TV and Netflix are working together on “King: Vicente Fernandez”, A series where they will depict the life of the singer. It is worth noting that in this sense, “Shinti” – while he was alive – reached an agreement to produce a production about his life.

Among the most obvious differences is the support of Fernandez. The Televisa series does not have permission from the singer’s family, while Caracol Television and Netflix do.

In fact, the singer’s widow, Donna Coquita, established a position with a statement in which she said she would defend the legacy of her late husband, and also expressed her opinion on the Televisa production.

“Having prayed next to Vicente’s place, here in Tres Potrillos, I asked for enlightenment. The answer led me, I must respect his memory and defend his rights, that is what he expected of me and of all my children who support me”, Explained by Maria del Refugio Abarca (Coquita)

For its part, the television station reported, contrary to what the Fernandez family had expressed, that they had not received an order to prevent the broadcast of the series, as it was launched in Monday 14 March.

“TelevisaUnivision respects the law and its powers, but has not received a court notice prohibiting the broadcast of The Last King tomorrow at 8:30 pm on Las Estrellas. son of the people”, The company is indicated in the said letter.

Televisa and Editorial Planeta Mexicana reported that they had reached an agreement whereby the former acquired the rights to the work entitled “El ltimo Rey,” written by journalist Olga Wornat, to make a vital series for Mr Vicente Fernández Gómez, “El Charro de Huentitán, an icon of Mexican music, as well as the composer.” And a successful businessman, producer and actor,” stated in a statement published by the television station.

For its part, Karakol TV was produced for the broadcasting platform, “King: Vicente Fernandez”, It will star Jaime Camil.

The series takes place in locations in Mexico and the United States, where the Ranchera idol came to life.

It will be a unique production where “Chente” will be shown since he was a kid living in Jalisco, until he became an international ranchera icon.