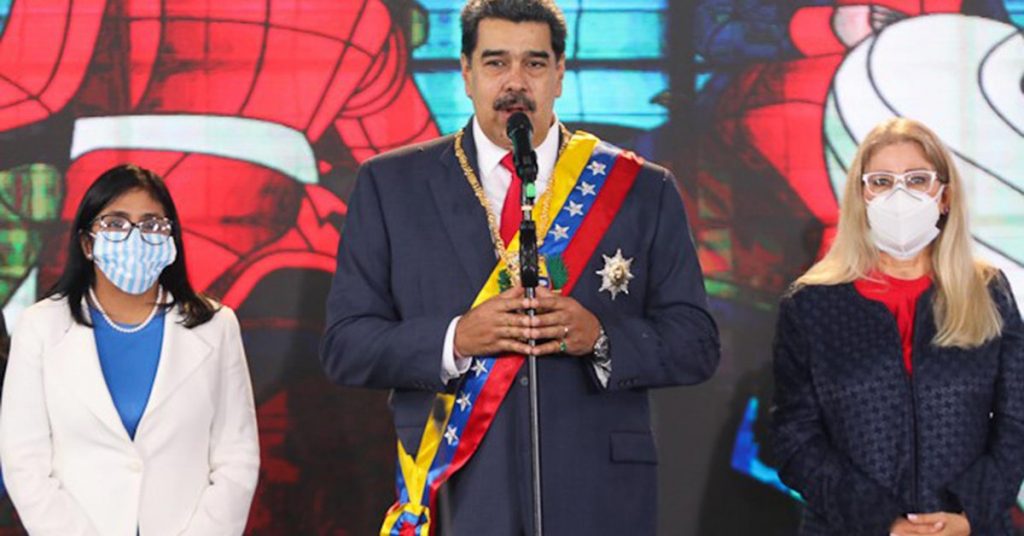 “Parade ordered by you‘, he heard the Minister of Defense say, from Campo de Carabobo, going to Nicolas Maduro Which is 200 km away in the Miraflores Palace. Indeed, June 24 is centered on the official parade and celebration at the place where the Battle of Carabobo took place, which, as it marks a decisive event for Venezuela’s independence, is also the date that celebrates Army Day. An important component of the armed forces.

Celebrating this day has never been like this before. Yes, there was a major effort on the part of the military, including the dedication that Army Commander, MG Domingo Hernández Lárez, put into “Recover your Tank”, which didn’t take it off target even when FARC defectors killed, wounded, and kidnapped Venezuelan soldiers.

Nicolás Maduro did not include such an important presentation and historical work in his agenda. The government set the 19th ALBA-TCP Summit of Heads of State and Government as an excuse for the national president to stay behind the walls of the Miraflores Palace.

It is not only disdain, especially for the military, that the commander-in-chief does not prioritize the event., but more so on the bicentenary of the Battle of Carabobo, which was not the last but the most relevant fought by the Patriot Army under Simon Bolivar and the Royal Army, by Miguel de la Torre; Later, as historians recall, there were 54 more battles, including the naval battle at Lake Maracaibo.

Officer reveals to Infobae Why did Maduro not attend the historic event in Carabobo? “Preparations have been made to show his absence as an excuse. The ghost of what happened in the celebration of the 81st anniversary of the founding of the National Guard, on August 4, nearly three years ago, is still in the air. He fears a new attack, such as the one on Avenida Bolivar in Caracas on August 4, 2018, when drones exploded over the presidential podium.“.

On August 4, it was decided to hold the event on Boulevard Boulevard because it was the place Hugo Chavez had chosen for his last gathering. Nobody expected that there would be an attack that day, because security measures were always taken. The co-chairs of the parade were men of good faith, such as General Alejandro Pérez Gámez, the then director of the National Guard’s bylaws, who ended up in prison because he was neglecting the security of the event, for giving details. Through the WhatsApp group, calls were made and details of the organization were given, including the transfer of three thousand men who would take part in the parade.

“Since the case of drones, Ghosts kept chasing another attack Because even though they took the opportunity to imprison many civilians and soldiers, The real culprits turned out to be a group of boys on the orders of a military man who left for the United States“.

“Because of all those fears, they have now taken measures so that the chief may not be present at the Carabobo procession, I suppose from there they made other simultaneous events and invented that summit of Alba, but nothing removes the effect of this absence, for it is not about the individual per se but the situation at a rendezvous every 100 years.”

The Cubans flew on the day of the Venezuelan army

The officer, whose identity we cannot reveal, ends by saying:An effort was made to make history shine, but it turned out to be a lot sadder than I thought. Even the speeches were empty. Anyway, let’s hope there are better times“.

See also  In Canada, churches were set on fire after children's bodies were found
Russians in the show

Maduro tried to give a link to the Alba event, highlighting the meeting Bringing together leaders from 67 countries in person and 123 countries via ZoomThere was seldom any presence of Luis Ars Catacura, President of the Plurinational State of Bolivia, Prime Minister Roosevelt Skerrit of the Commonwealth of Dominica and Ralph Gonsalves of St. Vincent and the Grenadines. The rest were representatives, the two ex-Presidents Evo Morales, Rafael Correa and former senator Pidad Cordoba, closely linked to Colombian guerrilla FARC FARC, and Alex Saab, a detained CLAP food businessman.

He was the Coordinator of the Organizing Committee of the Bicentennial Conference of the Peoples of the World Adam ChavezAmong the conclusions, said the brother of the late President Hugo Chávez, is finding a way to create links and networks of schools for training political cadres. “Continuing to deepen communication networks In addition to identifying the links and training networks of the Cadre Training School for the revolutionary consciousness of our continent and all continents of the world.”

Pidad Cordoba, Evo Morales and Rafael Correa at the top

“A congratulatory hug to the Venezuelan Bolivarian Army in his days, a patriotic revolutionary army, anti-imperialist, and today more than ever deeply Chavista, the Bolivarian of the 21st centuryMaduro said before the act began with remote control.

for this part, The Godfather LopezOn the eve of June 24, he gave a historical account of the symbolic value of the sun, which identifies generals and admirals in the Bolivarian National Armed Forces. “It is the Carabobo sun that truly represents us. This is the sun that lit up this field in 1821. A sun that represents unity, light, honor, and all military virtues“.

Regarding the military parade in Campo de Carabobo, the military commander said: “We are fighting the same battle that was fought 200 years ago, the battle against an oligarchy that subjugates itself to imperialism.. Commander Chávez taught us early on to bear in mind this day. We here at a civil-military federation are saying that the project is worth it, and that it is worth continuing to build the Bolivarian dream of Caribbean integration.”

In an attempt to give justification for Maduro’s absence from the show, Padrino said: “Our commander in chief receives the authorities, he is at that summit accompanied by those who are fighting for the same Bolivarian cause, independence. Despite being besieged and harassed by imperialism, we keep raising our heads“.

The Maduro regime called on Russia to accompany regional and local elections
Nicolás Maduro’s dictatorship has criticized the international community’s donation of millions of dollars to Venezuelan immigrants.