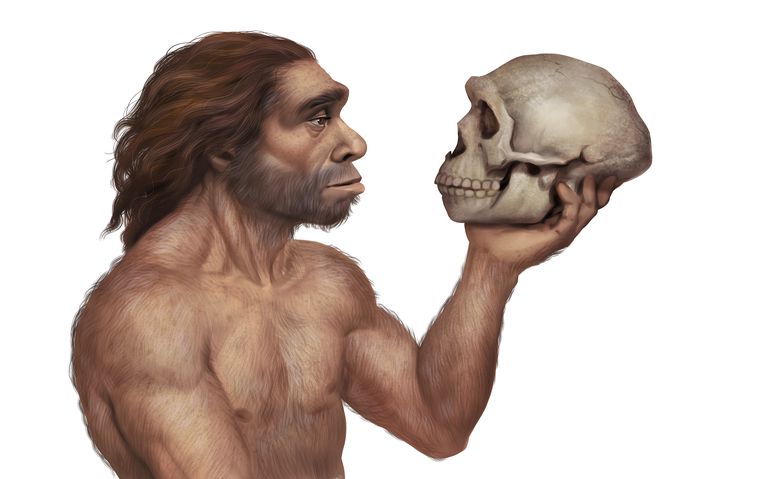 A study published on Monday showed that Neanderthals had a sharp hearing apparatus like Homo sapiens, which could be further evidence that they had effective communication skills like modern humans.

Although some experts defend the idea that only Homo sapiens have developed the ability to visualize and communicate with symbols through language, Professor Mercedes Conde Valverde of Spain’s University of Alcalá and the head of the study indicated that science is increasingly providing additional evidence for “Neanderthal behaviors.”

For example, it turns out that this species, which disappeared about 40 thousand years ago and buried its dead, knew how to decorate bodies and make sophisticated tools.

To do this, they actually reconstructed the external and intermediate auditory canals of five samples that lived between 130,000 and 45,000 years ago.

Then they measured their ability to pick up sounds and their frequency range, because “the wider it is, the more varied the sound and the more efficient the communication,” said Condé Valverde, a bioacoustic specialist, told AFP.

Finally, they compared all these values ​​to two groups of modern humans and samples of early Neanderthal ancestors found in Sima de los Huesos, in northern Spain, dating back 430,000 years.

His conclusion is that this species has the same auditory capabilities as Homo sapiens, especially those of perceiving high-frequency sounds from their ancestors.

High frequencies are associated with the production of consonants, an important feature of human language, which distinguishes it from the way chimpanzees and almost all mammals communicate.

The study highlights that consonants are “particularly important in determining the meaning of words.”

He also concludes that if the Neanderthal ear was developed to capture it, it is because he knows how to produce it and indicates the existence of “a complex and effective vocal communication system like human language.”

According to Conde Valverde, Neanderthals “were able to transmit verbal information quickly and with a very low error rate”. He even believes that “if we hear two Neanderthals talking behind a curtain without being able to see them, then we believe that they are two people from another country who speak a foreign language.”

Antoine Palazzo, a paleontologist at the National Museum of Natural History in Paris, considered the study “interesting” and suggested, like its authors, “to compare these results with those of ancient Homo sapiens.”