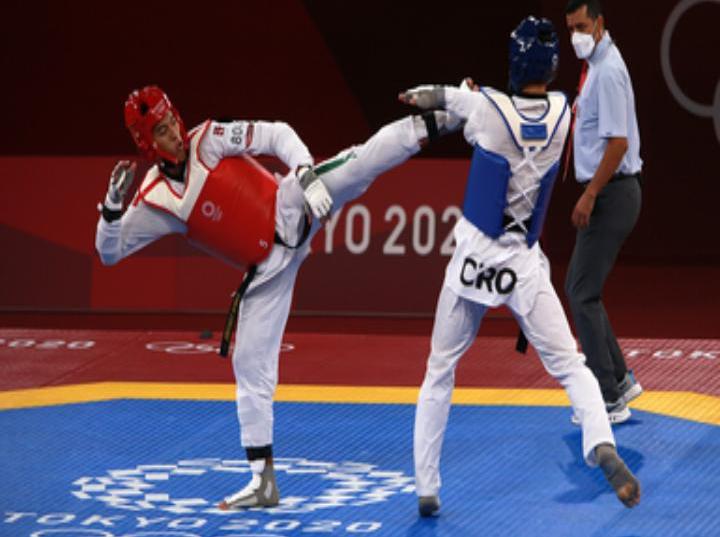 The Choosing taekwondo Led by world medalists Carlos Sansoris s Brandon Plaza As well as the All-American Champion Daniela Souza, He travels to Europe on Monday night, to participate in the Rome 2022 World Taekwondo Grand Prix, a competition to be held from June 3-5, in Italy that will award 60 points in the Olympic standings, to the gold winners in each of the categories.

The team, which is attending the event with the support of the National Commission for Physical Culture and Sports (CONADE), will aim to be among the top three in the competition, which will also add 36 points for the silver medal winners and 21.60 units for the third place.

It’s a very important event, as the top 30 in the Olympic standings go, they’re competing in the Olympic categories, we have 11 contestants on that list, and there’s Carlos Sansores, Daniela Souza and Brandon Plaza, who are some of the strong cards, who are also looking to add more Points for direct qualification for the Paris 2024 Olympics, national coach David Davis confirmed, in an interview with CONADE

The technician highlighted that another important point in this event is that the new regulations will be implemented, for the first time in an official event, although trials have already been conducted.

For us it will be very important to check how we do this adapting to the changes and continuing to work and improving our strategy, I think we’ve done a good job, we’ve had some previous tests in Pan America (which at the beginning of the month, in Punta Cana, Dominican Republic), where the Applying the new regulation and from there we made some corrections, there are still things to improve, but it also helps us realize the level we are at and what they are working on in other countries, especially now that they are the best in the world.”

Expectations for the National Taekwondo Championships will be to add as many points as possible, to continue to climb up the positions in the Olympic rankings.

We already know that the countries that will win are Korea, UK, Turkey who are working very hard, and Serbia in the women’s branch, the competitions will be very good and we follow the mentality of improvement and give the best for us. Possible outcomes,” the coach noted.

A better rating will allow the athletes to gain a better place in the qualifying charts for the Central American, Caribbean and Pan American Games, which will take place in 2023.

The Grand Prix competitions will begin on Friday, June 3 and Mexico will present Fabiola Villegas in the -57kg category, Brandon Plaza in the -58kg category, Cesar Rodriguez -58kg, Rubén Nava -68kg and Carlos Navarro in the -68kg division.

See also  Pele will come out at any time | Sports