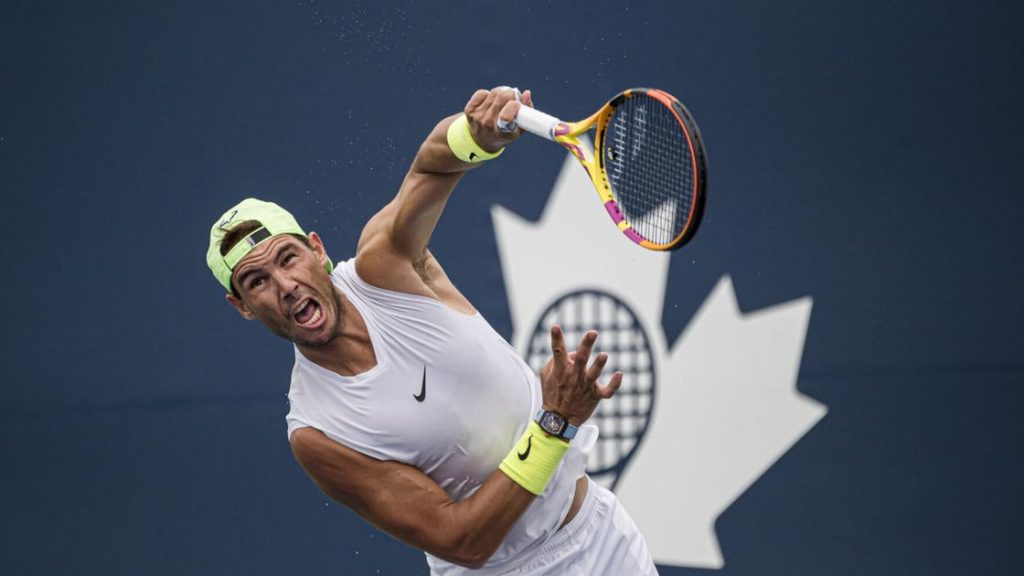 Toronto (AFP) – Rafael Nadal withdrew from the Canadian Masters on Tuesday due to a left foot injury that has been causing him problems for months.

With this decision, the Spanish star stopped his preparations for the US Open.

The 20-time Grand Slam champion was replaced in the qualifying round by fellow countryman Feliciano Lopez, who succumbed to qualify for this tough tournament in Toronto.

“I think I need to recover to try to find a way to get better again. At the end of the day, the most important thing for me is to enjoy playing tennis. With that pain, I can’t enjoy it,” said Nadal, who won five times in Canada today. I really have a chance to fight for the things I want.”

The 35-year-old Spaniard played last week in the hardcourt tournament in Washington. He won his first match against Jack Sock and lost his second match to Lloyd Harris – both in three sets.

Nadal was already suffering from foot problems at this point.

That tournament represented their first competition in two months. After losing to Novak Djokovic in the French Open semi-finals on June 11, Nadal did not play at Wimbledon or the Tokyo Olympics due to injury.

In Washington I was struggling, especially in the first meeting. “I’ve been struggling in practice, but you always expect improvement,” Nadal commented on Tuesday.

The US Open kicks off August 30 in New York.

Nadal missed the tournament last year but won it the last time he competed in 2019.