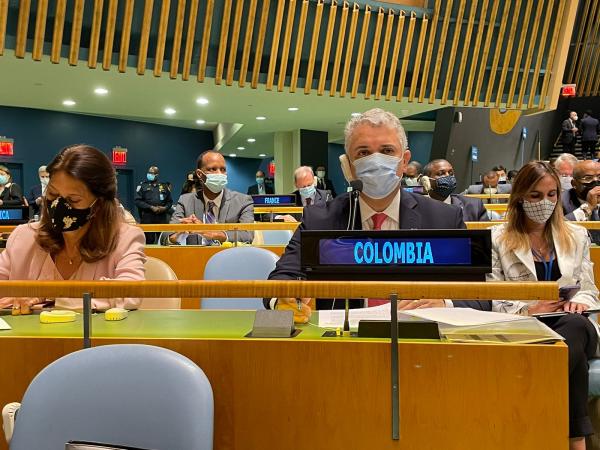 At the United Nations Climate Change Conference 2021, COP26, to be held in Glasgow from October 31 to November 12, the countries, represented by their leaders, They will present their amendments in Nationally Determined Contributions (NDCs), the new approaches to greenhouse gas emissions reduction goals.

According to Graham Knight, Head of Climate, Science and Economics at the British Embassy, ​​there are already more than 70 countries with carbon neutrality targets by 2050. “We have noticed a high level of commitment from governments, although they have represented the difficulty of reaching agreements, We’ve seen progress.”

(Climate change can be very relevant to business.)

He also highlighted Colombia’s goal in terms of reducing its carbon emissions, describing it as “ambitious”. Knight also highlighted the UK’s commitment to climate finance, noting that the country would increase its contribution to £11.6 billion annually by 2025.

On the other hand, Andres Kumba, Climate Change Policy Officer at the British Embassy, ​​stated at the press conference prior to the COP26 conference that Colombia will contribute its knowledge in the field of forest protection and sustainable agriculture. He pointed out that the conditions of the summit will be in its early days.