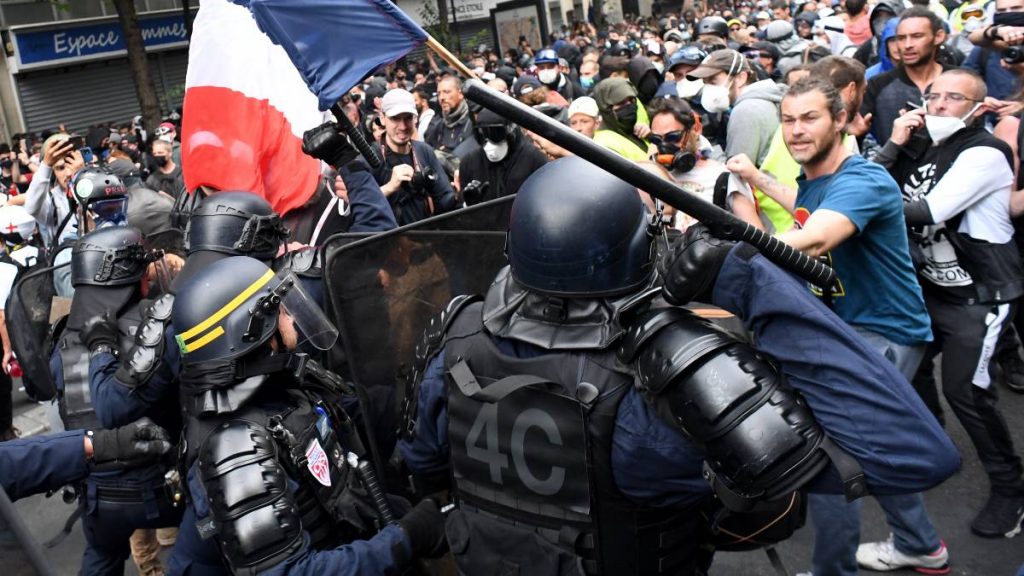 More than 200,000 people demonstrated this saturday In more than a hundred French cities against the health passportOn the third Saturday in a row, of protests in France against this measure.

According to the French Ministry of the Interior, 204,900 people participated in the protests, Which is an increase compared to 110 thousand and 160 thousand demonstrators signed on July 17 and 24.

nail 14,240 people demonstrated in Paris, where many protests were called Clashes erupted between protesters and security forces.

Before one of these demonstrationsJerome Rodriguez, a well-known figure in the “Yellow Vest” rebellion, He criticized “members of the government and the press who sell them the effectiveness of the vaccine without there being evidence of that.”

It may interest you: According to the Delta formula, tourists stop by for reservations in Paris, France

more than Three thousand police deployed in the French capital, Last week’s incidents occurred on the luxurious Champs-Elysées, whose entrances were blocked on Saturday.

End of this week Demonstrations were held in about 150 French cities The protest against the health passport, a measure supported by the majority of French, according to opinion polls.

What is a health passport?

French President Emmanuel Macron announced on July 12 the use of the health passport to access many cultural and social activities, a measure that was implemented between the end of July and the beginning of August.

Last Sunday, French deputies and senators approved the law that extends the use of the health passport A certificate of both doses vaccination or a recent negative test result is required.

This document if Requires from July 21 to access cultural and entertainment venuesFrom August 9, it will be mandatory to go to a bar or restaurant and travel on planes and long-distance trains.

France, which exceeded 50% of the vaccinated population this week, is facing an increase in the spread of the emerging coronavirus, with more than 24,300 cases recorded on Friday.

See also  The priest died after being buried alive; I wanted to rise like Jesus Christ