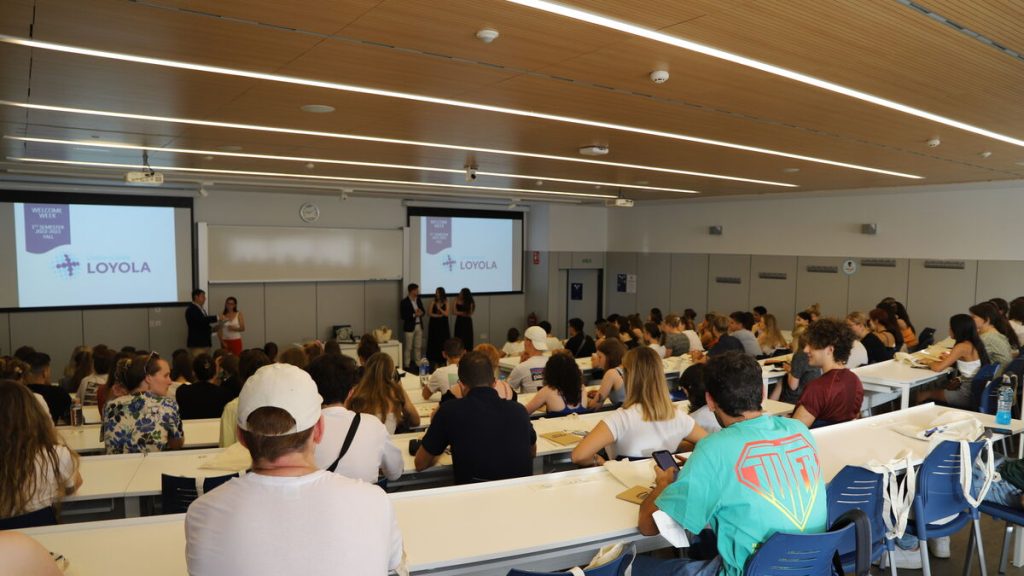 Loyola University of Andalusia on Monday welcomed its campus in cordova and Seville to 431 international students, of 40 different nationalities, who join its classes, to carry out their undergraduate studies during the first semester or the entire course. This is the largest number of international incoming students since the university’s inception, even surpassing the record set last year.

Of these 431 students, 218 students join Seville, 212 in cordova and one in Granada, the first international student the Divinity School has received since its Loyola merger. In terms of nationalities, Italy, the Netherlands, Germany, the United States, France and the United Kingdom are the most numerous, although there are students from the European continent who come from Austria, Belgium, Croatia, Poland, the Czech Republic, Slovakia, Denmark, Hungary, Ireland, Macedonia, Lithuania, Norway, Portugal, Sweden Switzerland and Ukraine.

As a novelty, after signing new exchange agreements, three students from Madagascar (Majes University) and ten of Ukraine (from the Ukrainian Catholic University and the National Technical University of Ukraine) thanks to the agreements signed with these universities that will allow these students to stay on the Erasmus scholarship.

Internationalization Service Director Borja Martin emphasized that internationalization is one of Loyola’s distinguishing characteristics, and notes that the recent report Spanish universities. Independent perspective 2021. Andalusia, published by the CYD Foundation, places it as the first Andalusian university in terms of student numbers in international mobility programs (11.83% of total enrollment, 5.6 percentage points above the next in Andalusia) and third in Spain. Similarly, this report reflects that Loyola is the Andalusian university with the highest percentage of teachers of foreign origin (5.02%, two points higher than the next in the Autonomous Community).

secondly, 283 male and female students From Loyola University you will live an international experience in conducting studies in other universities in the world during the academic year 2022/2023. Italy, another year, is still the destination of choice for most Loyola students, followed by the United States and the United Kingdom. It will be the last time you will receive students with an Erasmus scholarship after leaving the European Union. Also, this course will be the first time that Loyola students conduct international exchange in Turkey.

Likewise, as a newbie, this course is the first time that two female students from the university have enjoyed the multilateral exchange program between Jesuit universities, Magis Exchange. One will live her international experience in New Orleans and the second in San Francisco.

Next Thursday, September 1, the new students will integrate and participate in the Welcome Day at the Córdoba and Seville campuses. Classes will officially start on Monday 5 September, and the course opening ceremony will be held on 16 September.

During the welcome day, students will have the opportunity to start learning about University lifemeet some of their new professors and colleagues, as well as learn about their academic degree goals and practical issues and learn about the different services available to them: student services, professional careers, international relations, languages, evangelism and dialogue, entrepreneurship, sports, library, culture, theater, music room and choir …

Loyola University has included new degrees in its offer for the 2022/2023 academic year. As a freshman, you will study pharmacy degrees in Seville and physical activity and sport sciences in Seville and Cordoba. Added to these new degrees are Data Analytics and Business, also on both campuses. The Digital Arts and Design area includes two new degrees, the Video Game Creation and Digital Animation degree and the Theater and Film Arts degree, both on the Seville campus.