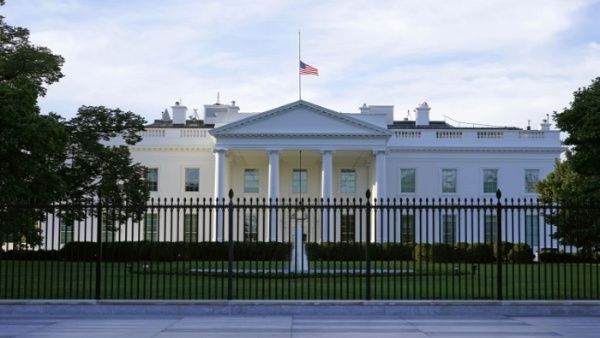 It is more than clear that the United States seeks to become a supplier of hydrocarbons to Europe, ignoring the rights and sovereignty of these countries.

Economic sanctions have usually become the main tool in US foreign policy, gradually replacing diplomacy, representing a clear contradiction with international law because these practices have become Washington’s spearhead not only as an alternative or complement to the use of force but also to strengthen itself in geopolitical conflict, eliminate competition and restore American hegemony in the world.

It is clear that the international community cannot control the White House, which uses its arbitrariness as a measure of political and economic pressure on free and sovereign states, and what happened when they described Iraq more than ten years ago as “dishonest countries, Iran, North Korea, etc. And did they apply Their unilateral actions on them?This list of countries and sanctions programs has grown to an estimated 30 sanctions programs for different countries of the world including the member states of the United Nations Security Council and, as expected, Russia and China that already had restrictions with the complicit silence for these objects.

The growing tendency to create economic blocs and national economies threatens these imperialist practices and reveals that they are not the way to achieve the goals set by the United States, which are losing space and influence on the geopolitical plate, and this calls into question the fate of the state. American hegemony shows at the same time that there is a gradual transformation of all global economic processes in the world, and that they will very soon radically change the general alignment of forces in the world economy.

It is clear that Joe Biden has increased the scope and severity of sanctions policies to increase the competitiveness of the United States in global markets in any way, regardless of whether or not they violate the principles of international trade and the rules of the World Trade Organization.

Americans protect their interests by impeding or restricting the activities of companies, people, or entities through the extraterritorial application of their laws. how do you think? As they say in Venezuela, these gentlemen are “crossing the line” when they are punished or threatened to do so against their NATO or European Union allies.

In 2019, Washington threatened to impose technical, military and economic sanctions on Turkey for its purchase of Russian S-400 air defense systems, and as if that were not enough, it threatened to put economic pressure on European companies involved in the construction of the Nord Stream-2 gas pipeline. More than 20 large companies refused to participate in this gas project due to possible Washington restrictions stipulated in the US law “On Protection of Energy Security in Europe”.

It is clear that the United States seeks to become a supplier of hydrocarbons to Europe, ignoring the right and sovereignty of these countries to decide for themselves how and where to obtain energy. Europeans have stable relations with Russia, which has been supplying them with gas for many years. Now, this relationship with Brussels is becoming increasingly important as the coronavirus pandemic has devastated the European economy, including the energy economy.

The United States is unlikely to succeed in boycotting the completion of the Nord Stream 2 gas pipeline, and at the same time it is easy to expect that it will continue to oppose it more forcefully on the grounds that its allies should “coordinate actions” with the White House in a clear display of intervention.

In American English, “to coordinate actions” means to comply with the interests of the White House, and this puts the allies of this nation at a crossroads because they either exercise their sovereignty and work for the benefit of their people or continue to act in de facto pursuit of the United States in Europe, as most do despite the fact They harm entire sectors of the European economy.