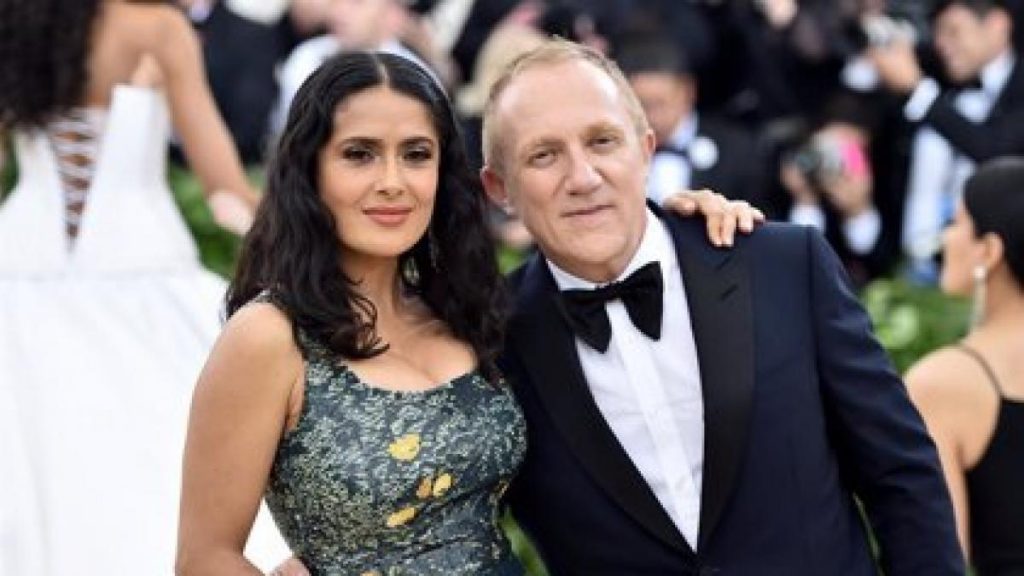 The news is morbid. Where is the money from European football? The image provided by us Forbes It tells us that in France, the United Kingdom, Italy, and to a lesser extent in Germany, where the euro is moving.

And what about Spain?

There is no news about Spanish football. None of its clubs has featured in the top ten millionaires in European football, a fact that shows something we have noticed in recent times. La Liga is no longer what it used to be.

Millionaires, Arab sheikhs and family clans make up the exclusive group from which come the leaders who control the main clubs of the old continent, he says. Forbes.

These are the 10 millionaires in European football:

Groupe Artemis, the financial vehicle of the Pinault family, has 60 companies and acquired Stade Rennes in 1998. François Pinault’s assets are estimated at 42,075 million euros. The club plays in the French first division, Ligue 1. In these 23 years, the team has hardly won one championship: the Coupe de France in 2019.

The Pinaults are the owners of the luxury goods conglomerate Kering, a group with majority stakes in brands such as Yves Saint Laurent, Alexander McQueen, Gucci, Fnac and Puma.

Dietrich Mateschitz, Austria, has a fortune of 22,158 million euros and is the owner of RB Leipzig, a team founded in 2009 after buying the license for SSV Markranstädt team.

See also  Checo Pérez, with his sights on the 1st podium of the year

It is a very young club that has not yet won a major championship, but in the 2020-21 season they finished second in the German Bundesliga, after only Bayern Munich. Three Spaniards play there: Angelino, Dani Olmo and Hugo Novoa.

The acronym RB stands for Red Bull, a company that Mateschitz co-founded in 1987 and still controls 49% of. In addition to RB Leipzig, Red Bull Salzburg and New York Red Bulls also dominate.

Mansour bin Zayed Al Nahyan, owner of Manchester City club, has a fortune of about 20,126 million euros and his family rules Abu Dhabi, one of the emirates that make up the United Arab Emirates.

Mansour bought Manchester City in 2008. His arrival changed the team’s drift, one of the classics of English football that hadn’t won the league since the 1967-68 season. Since 2008, City have won five Premier League titles and become a benchmark in European football.

Agnellis is a breed of Italian businessman started by Giovanni Agnelli, one of the founders of Fiat. The current leader of the clan is Andrea Agnelli, president of Juventus. His fortune can be about 16,467 million euros.

With a net worth of 12,760 million euros, Russian Roman Abramovich has been president of Chelsea since 2003. The purchase of the historic London club was a revolution for the prime minister: since then he has signed with Robben, Lampard, Fernando Torres and Cesc.

Abramovich owns Millhouse Capital, a holding company with stakes in companies such as Evraz Steel or Norilsk Nickel Mining. He made much of his fortune from the Russian oil company Sibneft, a company of which he sold 75% of its shares to Gazprom for $13.1 billion in 2005.

He also maintains an excellent relationship with Vladimir Putin, the President of Russia.

American Stan Kroenke has made a fortune of 9.225 million euros thanks to investments in commercial real estate and sports teams. In fact, he is the only one on this list who built an empire through sports.

He has controlled the majority of Arsenal shares since 2011. He is also the owner of the Los Angeles Rams Football Club, Denver Nuggets Basketball Club and Colorado Avalanche Hockey Club.

Nasser Al-Khelaifi has headed PSG since 2011, when Qatar’s sovereign wealth fund Qatar Sports Investments (QSi) bought the club. Unlike Mansour, the owner of Manchester City, Al-Khalifi is not from the royal family.

It is about a tennis player who became an entrepreneur after his retirement. It is estimated that the businessman managed to amass a fortune of 6897 million euros

With a net worth of €6,466 million, Italian Rocco Commisso is the owner of Team Florence: ACF Fiorentina, a recent acquisition from June 2019.

He is the founder of Mediacom, a leading cable television service provider in the United States. Comiso is also the owner of the New York Cosmos of America.

He is the president of Suning.com, one of the pioneers of e-commerce in China. He also heads the Suning Holdings Group, which includes all of the companies Jindong has invested in, including Inter Milan.

He owns 70% of the shares of the legendary Italian club since 2016. In the 20-21 season, Inter was once again declared the winner of the First Division, a title they had not won since 09-10. Part of the improvement in Inter’s sporting performance in recent years is due to the payment made by Jindong, with a net worth of 6,353 million euros.

His fortune comes from Uralkali, the largest producer of potash fertilizers in Russia. In 2010, he sold his stake in the company for $6.5 billion. Its assets are estimated at 5,776 million euros.

He has 66% in AS Monaco since 2010. The remaining 33% is in the hands of the Grimaldi family. His arrival at Club Monaco brought millions. The club signed Radamel Falcao, James Rodriguez and Joao Moutinho.