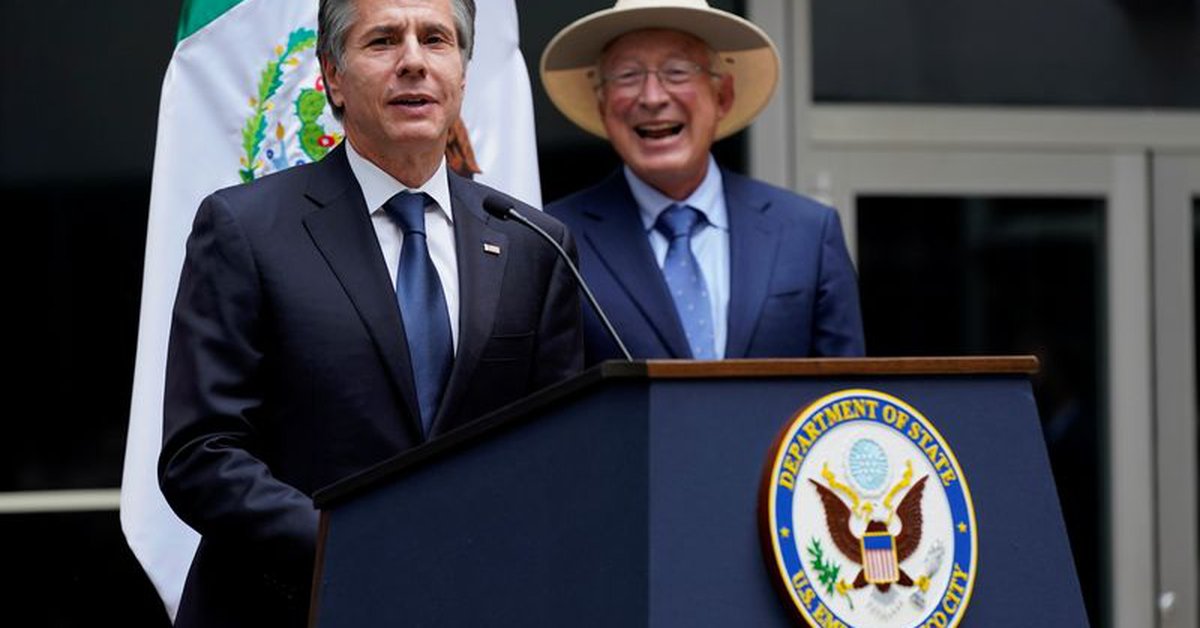 archive image. US Secretary of State Antony Blinken speaks with his country’s ambassador to Mexico, Ken Salazar, during a meeting with staff members at the US Embassy in Mexico City. October 8, 2021. Patrick Semansky / Poole Via Reuters

MEXICO CITY, Oct 9 (Reuters) – US Ambassador to Mexico Ken Salazar on Saturday described migration from Haiti as a major problem for both countries, and said the solution must be led by officials in both countries.

A recent surge in the number of migrants from the poor Caribbean country arriving at the US-Mexico border has put President Joe Biden’s government in jeopardy and underscores Washington’s dependence on its southern neighbor to help stem that flow. .

His remarks come a day after US Secretary of State Antony Blinken’s visit to Mexico City following a period of tense cooperation with Mexican President Andres Manuel López Obrador.

Guatemala police reported late Friday that 126 migrants, most of whom were Haitians, were left inside a trailer on a highway in Escuintla Department.