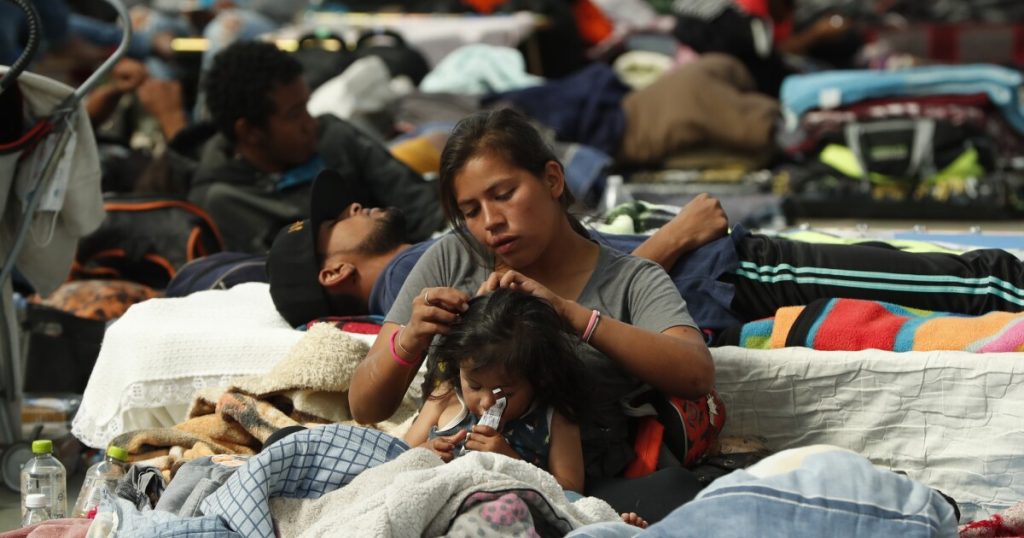 After its eventful arrival in Mexico City, the migrant caravan this Tuesday requested that the federal government regularize the immigration status of many of its members, while others prepare to leave for the United States.

According to the authorities of the capital, the convoy that left Tapachula last October, in the southeastern state of Chiapas, on the border with Guatemala, and arrived in Mexico City on Sunday night, consists of 321 people.

It is clear from most Central American and Haitian immigrants that they want to reach the United States, but many believe that staying, at least for some time, in the city on a regular basis might be a good option.

“We might be here for a few days, it depends on whether they give us papers and presumably they will fix this problem,” German Sanchez, a 55-year-old from Honduras who lives in a precarious camp north of the city, told Efe.

“It would be a good idea, how can we not be happy?” , continued Sanchez, who asked the government of Andres Manuel Lopez Obrador and the National Institute of Migration (INM) to provide “support” to them and resolve their immigration situation in Mexico.

Many have left Tapachula due to delays in immigration procedures and are waiting for the federal government to grant them permanent residence in Mexico.

The small group of the caravan, which left thousands of people behind, reached the gates of Mexico City on Sunday, where they encountered a powerful police apparatus that blocked their path and confronted them with sticks and stones.

But eventually the authorities lifted the siege and offered buses to the pedestrians so they could achieve their goal: to pray in the Basilica of Guadalupe on the Day of the Virgin.

They then spent the night in Casa del Peregrino, near the temple, a space set up by the authorities with mats and blankets and where they also received food and medical care.

relax and thank you

In addition, at night from Monday to Tuesday, they were able to sleep on a children’s bed, as the cold was reduced, and this Tuesday, the fatigue accumulated on the pedestrians was already reduced.

“The good thing is that we are resting now because we suffered a lot on the way, we endured hunger, and thanks to God we are resting, but only God knows our destiny,” Mariurie del Carmen Escobar, a 20-year-old from Honduras who is expecting her baby next week.

Like her, other members of the convoy confirmed that they were able to rest, grateful to the capital’s authorities and happy to get their strength back together to decide what would happen next.

“Well, it was convenient to get here because the whole journey was a pain. (…) They treated us well: with food, water, drinks, coffee and fruits,” said Inge Ohana, a 28-year-old Honduran who is waiting for her two daughters in Guatemala.

German Sanchez admitted: “(Mexico) offers a lot of support, I’m happy with the way they are behaving with immigrants, it’s something we didn’t expect.”

In addition, as Prime Minister Claudia Sheinbaum said Monday, the police operation that led to Sunday night’s clashes will be reviewed.

The Mexican government agreed in 2019 with the administration of then-US President Donald Trump to limit the flow of migrants through Mexico bound for the United States.

Since Joe Biden’s arrival at the White House last January, the region has experienced an unprecedented influx of immigration, with Mexico intercepting 2,28,115 immigrants and deporting 82,627 immigrants from January to October 2021, numbers not seen in more than 15 years.

In addition, 123,000 immigrants requested asylum in the first 11 months of 2021 in Mexico, another absolute record, where there were about 40,000 applications in previous years.