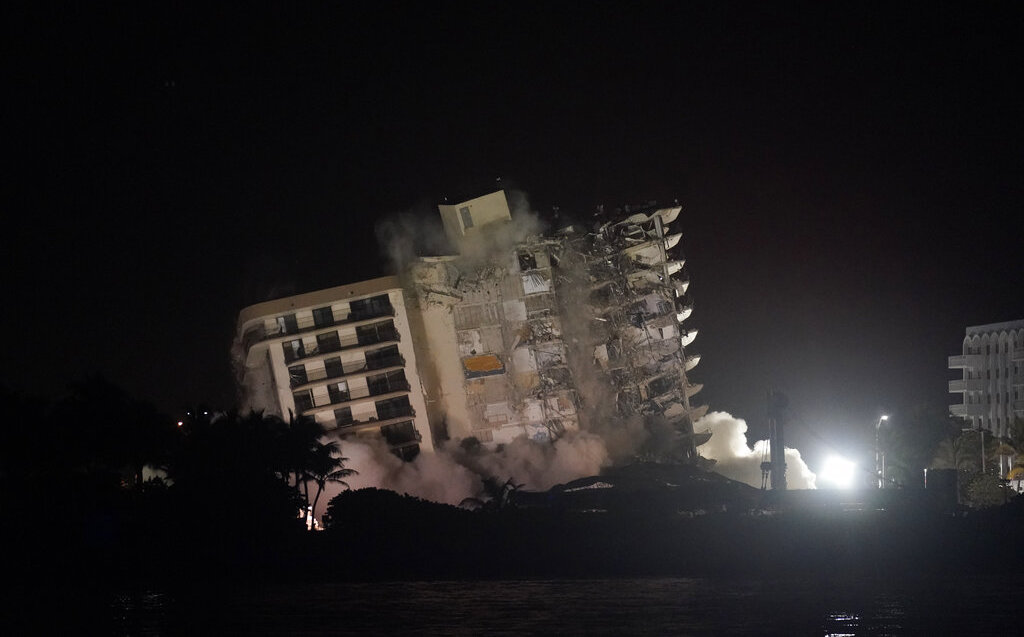 Tonight they were demolish the rest of the The South Champlain Towers Building in Miami-DadePart of it collapsed on June 24 with the temporary result of 24 dead and 121 missing. The collapse occurred around 10:30 p.m. local time, As agreed by the authorities.

The remaining wing of the South Champlain Towers, a 40-year-old 12-story building, was demolished in a manner called “cut off the power” By specialists from two contracted companies.

Since last night, explosives have been placed in small holes dug into the building’s reinforced concrete in strategic locations to carry out the demolition.

According to the mayor of Miami-Dade, Daniela Levine Cava, Once it is safe, after demolition, the search for the victims of the avalanche, which was suspended on Saturday to prepare the site for demolition, will resume.

Demolition was necessary to prevent the still standing, unstable structure from being destroyed uncontrollably. Because of the rain and wind associated with the tropical storm ElsaAfter passing through Cuba, it is expected to arrive in the Florida Keys on Monday and then head to the state’s west coast.

according to Daniela Levine Cava, Once the building is demolished, rescuers will have access to areas of the garage where this was not yet possible for fear of another collapse. A shelter has been created in the building area for those who will be there during the demolition.

Those who stay at home must close windows and doors, cover all possible air intakes and will not be able to go out on the streets for a few hours.

READ  US warns Haitians and Cubans: Don't try to come