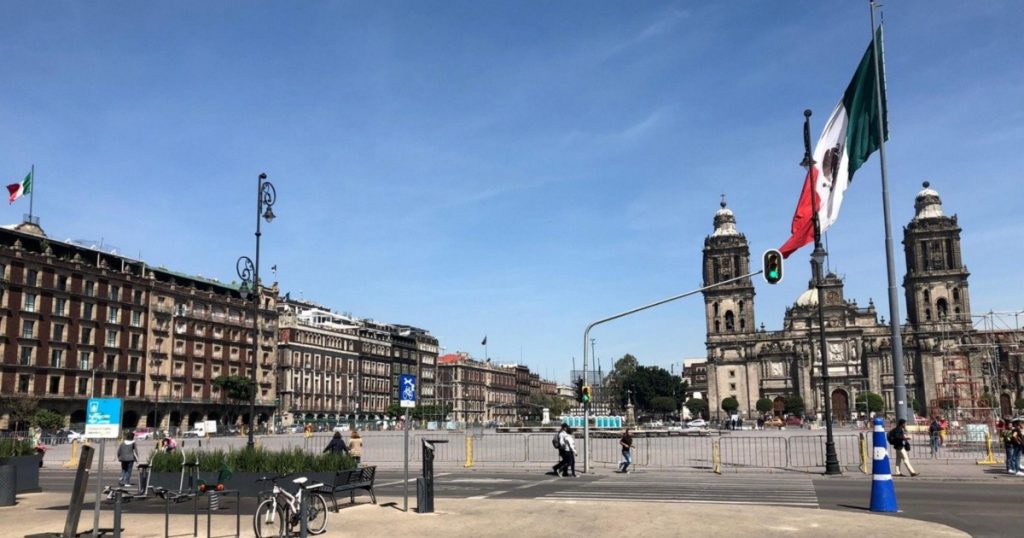 In the past three years, Mexico has advanced one place in Global Innovation Index, to be located in the 55th site and six in Global Talent Competitiveness Index, to place itself 65th, according to the results of these measurements presented during a forum organized by the House Science and Technology Committee.

According to the index World Intellectual Property Organization, the list of 132 countries is headed by Switzerland, Sweden, the United States, the United Kingdom and the Republic of Korea, in that order. Angola (eventually), Yemen and Guinea took the last places.

The 2021 index analyzes the performance innovation ecosystem from 132 economies and study the latest innovation trends around the world.

By region, the major economies are:

According to the analysis of the results, Mexico falls into the group of countries with results corresponding to its level of development.

The document states that in Global Innovation Index 2021 It has been observed that investment in innovation has shown great strength during covid-19 pandemic It varies by sector and region.

Investment in innovation reached an all-time high before the pandemic, with exceptional R&D growth of 8.5% in 2019.

When the pandemic hit, the important question was how it would affect innovation. Historical data indicated a sharp decline in investment

in innovation. However, despite the human toll and economic shock caused by the pandemic, the growth of scientific production, intellectual property rights filings and venture capital operations continued in 2020, exceeding the high levels achieved before the crisis.

Mexico ranks 65th in the world Global Talent Competitiveness Index 2021, below Trinidad and Tobago, which ranks 64th and above Botswana, which ranks 66th.

Switzerland, Singapore and the United States ranked first, and in the last places Chad, Yemen and the Congo. In the 2020 edition of this index, Mexico was 69th out of 132 countries and in 2018 at 71st out of 119.

This index is made by Business School for the World, Accenture y Portulans, measures how countries grow, attract and retain talent. In the 2021 edition, it appears that Switzerland, Singapore and the United States continue to lead strong in talent competitiveness.

Published by INSEAD and the Portulans Institute, this year’s ranking sees European countries dominating the top spots with 17 of them in the top 25. It is worth noting France (ranked 19), which entered the top 20 this year with the highest ranking in its history.

Latin America and the Caribbean It is represented for the first time in the upper quadrant by Chile, at position 33.

The document highlights that international talent mobility has been redefined by the pandemic. For employees, new standards have emerged about when, where and who works: As online tools open new doors for better work-life balance and “work from anywhere”, new inequalities have emerged between those who can contribute online and those who have, Physical presence in the workplace.

In addition, it states that governments are required to return to center stage, by injecting financial resources to avoid the massive collapse of businesses and jobs, and by designing specific legal and regulatory measures to protect the health and social cohesion of their populations.

Fortunately, he asserts, most public bodies in the world have reacted swiftly and forcefully. This has allowed many companies to stay afloat financially and stay on track towards their strategic goals, including in the talent field. The relatively rapid way in which major economies have resumed their growth is now creating some job shortages in key sectors and activities.

head House of Representatives Committee on Science, Technology and InnovationJorge López Casarín, explained that in this legislative example there is a next-generation debate in science, technology and innovation in order to inform its work with the best national and international expertise to give Mexico a comprehensive regulatory framework that pays for the transformation that the country needs.

He said that in Mexico we want more scientists and entrepreneurs and better jobs to meet the challenges of the local and global economy, sustainability and development. “It’s about closing the gaps and enhancing the well-being of Mexican society.”

He stressed that science, technology and innovation were the agents of change that Mexico needed to deepen its transformation.