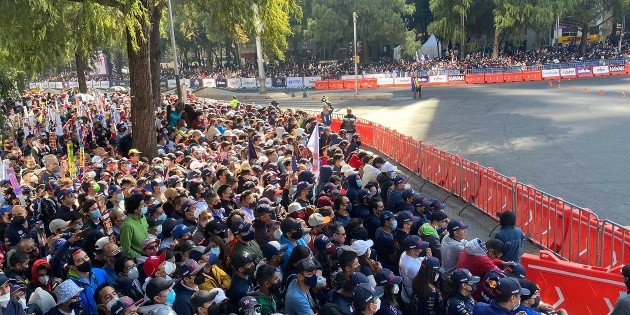 They expected it all: Wednesday morning people gathered at Red Bull’s “Show Run,” where the main attraction of the day was the exhibition of Mexican Formula 1 driver Sergio “Chico Perez” running his car, the RB7. The event takes place in Paseo de la Reforma, In the section from Diana the Huntress to the Angel of Independence in Mexico City (CDMX) It was full for several minutes before it started.

Fans will witness multiple events before the 2021 Mexican Grand Prix, but in order not to miss the main objective, they began chanting with great momentum “Oeee, oeee, oeeee, Checo, Checo”. The number is counted by thousands of fans.

The 2021 F1 season started on March 28 with the Bahrain Grand Prix. This weekend it’s “Checo” Pérez’s turn to race with Red Bull on his home ground, at Autódromo Hermanos Rodríguez.

The Mexican Grand Prix will be held between 5 and 7 November, In the aforementioned district of the country’s capital. Committed to getting back on the podium, ‘Checo’ Perez arrived after his victory in Azerbaijan, and finished third in France, Turkey and the United States, especially because he will be racing as a local driver.