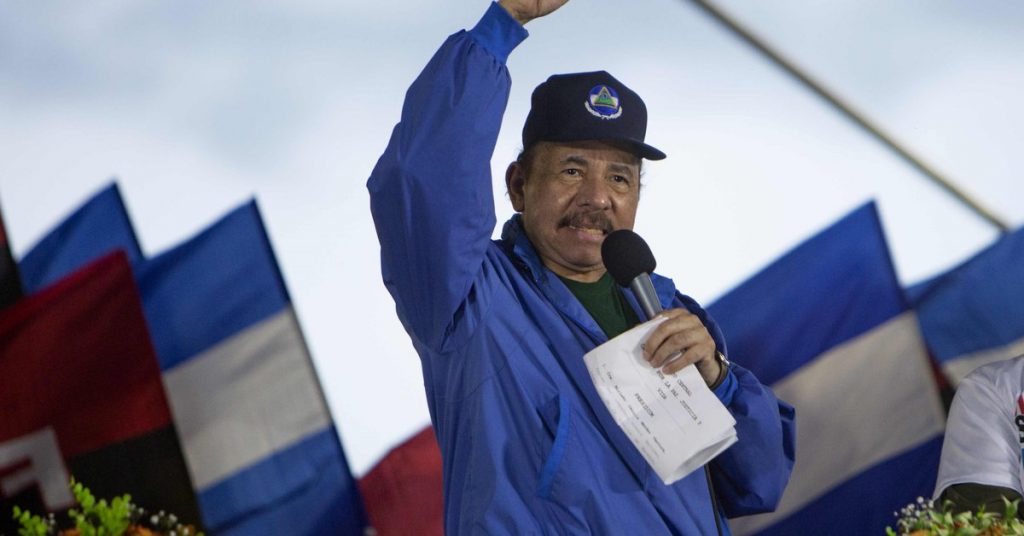 The Government of Mexico has called for consultations Gustavo Alonso Cabrera, Ambassador to Nicaragua, and on the election held on November 7 in that country.

was the ambassador Almonds Elena Baños, who is Mexico’s permanent representative to the Organization of American States (OAS), who said the country had already expressed its opinion to Nicaragua regarding the recent electoral process.

(The Government of Mexico) on the basis of its constitutional mandate to promote, protect and respect human rights, I express to the Government of Nicaragua our concerns about the political process implemented on November 7 Especially with regard to freedom of expression and political participation of its citizens.”

Likewise, he explained that this led to the call for consultations with Alonso Cabrera, where:Mexico defends and believes in representative democracyThe foundation of our hemisphere organization.

This came in the context in which the Organization of American States held, on Friday, a vote on the Permanent Council, criticizing the presidential elections in Nicaragua, He described the electoral victory of President Daniel Ortega as unfair Urging to work in the future.

25 countries voted in favor of the resolution Seven member states abstained, including Mexico, Honduras and Bolivia.

Thus, although Elena Baños first revealed Mexico’s position in this case, she notes that The country refuses to let the Organization of American States be responsible for imposing targeted sanctions To isolate or interfere with another nation.

“Just The United Nations Security Council has such powersWhenever a specific situation threatens international peace and security. Nor can we recognize that the OAS has implicit or residual powers, i.e. powers not expressly set forth in the obligations that we have taken upon us in a sovereign manner,” he said.

The ambassador also discussed it Isolation policies were not the best solutionBecause peaceful solutions must be sought in the first place.

On the other hand, these fuel further closure of negotiations at the expense of democracy promotion. The spirit of the Inter-American Democratic Charter is to seek solutions with the full cooperation of all parties involved.‘, was sentenced.

Luz Elena Baños has also noted that Mexico is subject to the normative principles of its foreign policy, which are defined in Article 89 of the Constitution.

It is precisely on this principle that my Government has invited the Mexican Ambassador to Nicaragua for consultations. We call on the member states of the Organization of American States to find, through dialogue and Within the framework of respect for sovereignty and human rights, and ways to strengthen democracy He reiterates his desire to cooperate constructively for the situation.”

It should be noted that the resolution issued by the Organization of American States affirms that the elections in Nicaragua “were not free, fair, transparent and lacked democratic legitimacy.”

It also orders the Permanent Council to make an assessment of the situation and “take appropriate measures”, without specifying what they are.

*With information from Reuters

Argentina and Mexico call for consultations with their ambassadors in Nicaragua, rejecting human rights violations committed by the Sandinista regime
AMLO’s response to Nicaragua’s crackdown is ‘shameful and disappointing’: HRW
The US ambassador to Mexico met with the leaders of the electricity sector. Entrepreneurs respond to AMLO
‘It would take the Cabinet for free’: Kenya Lopez Rabdan attacked AMLO at Santa Lucia airport
See also  TRUMP: I'm not going to Biden's inauguration. He is the first president to break that ritual