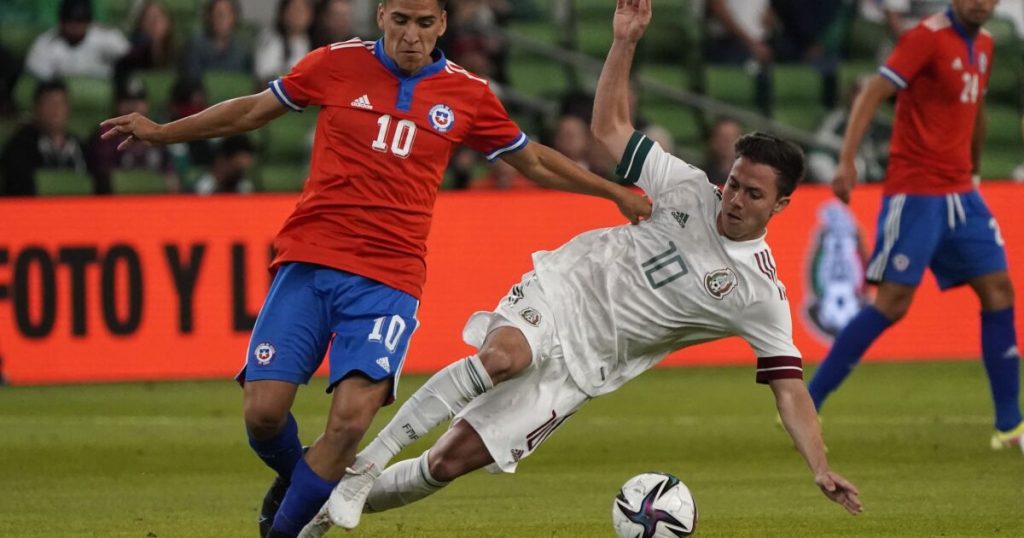 For Roja, goalkeeper Sebastian Perez and defenders Jason Rojas and Benjamin Kocevic made their debuts.

Mexican goalkeeper Acevedo didn’t have to wait long to show himself. In the 3rd minute, Marcelino Nunez hit a free kick and sent the ball into the area where Kocevic hit a header that required the goalkeeper to fly.

1-0 for the Mexican national team came from a shot rejected by goalkeeper Perez. The ball was sent into the center of the area as Jimenez appeared to score.

The Chilean team drew 1-1 after a cross from Joaquin Montesinos that defender Jordan Silva could not remove, and Acevedo rejected the first shot from Morales, but he could not stop the second.

Plays of danger were rare and the next big close was given to 52 when Jimenez entered the South American zone, slipping between Kocevic and Rojas to pull off a shot that was saved by goalkeeper Perez.

Two minutes later, Perez came back to save the Andean goal with a back-heeled shot to Jimenez inside the small area.

Mexico found the score 2-1 in a stopped ball. Sebastian Cordova took a free kick and Silva headed the goal.

At his 70’s, the North American side could have given the virtuous coup d’état Lola Perez who held off against Cordova and threw himself to his left to block a shot that was on its way to goal.

Towards the end, the expected debut of the young Marcelo Flores was recorded, although he did not have chances to show himself.

2-2 La Roja was the work of Barra, Who came head to head in the area to judge the final result with a left-footed shot.

After this match, Chile will face another friendly match against El Salvador in Los Angeles on Saturday. on your side, Mexico will be active until January 27 against Jamaica in the CONCACAF World Cup Qualifiers.