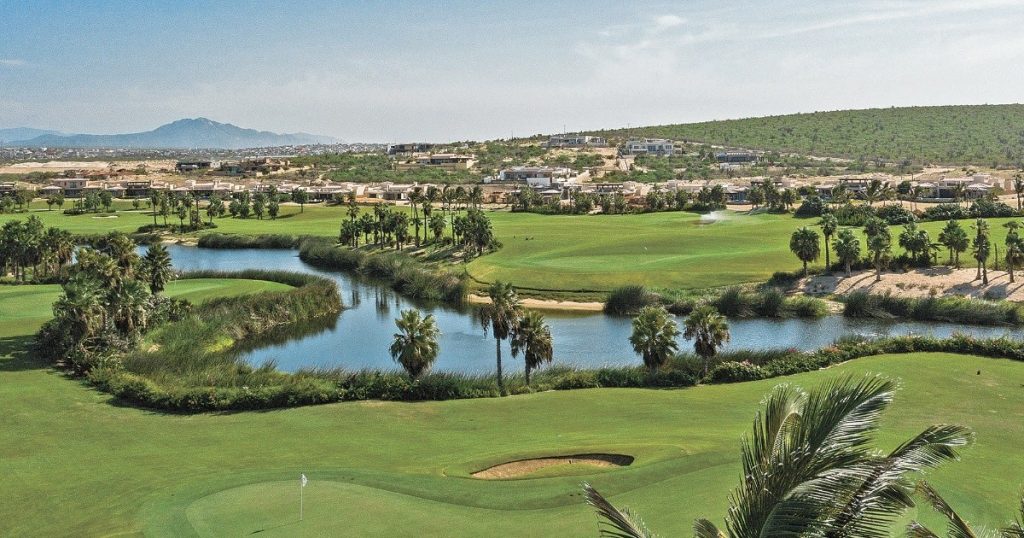 Times and trends are always changing. Sports are no exception, which is why places that initially seemed impossible are no longer. Just as in 2004 Formula 1 decided to create its first Grand Prix in the Middle East and in 2010 FIFA moved the World Cup to Africa for the first time, Mexico is now seeking to break history in a similar way but within the game of golf.

The Mexican plan is to host the Presidents Cup in 2028. It is one of the two most important golf tournaments, in which a team from the United States faces a team from the rest of the world, excluding the Europeans. The duel between Europe and the European Union is the other related tournament, the Ryder Cup, which was recently held in Wisconsin.

“It is one of the great goals to be a part of the Presidents Cup organization and thus introduce ourselves to the world. There is a great opportunity if the golfers in Mexico, together with the government and private initiative, can push the country to host this tournament in 2028, unite the efforts and the feasibility of the project, Because it will be a great platform for excellence in the field. International”, reveals Jorge Corral, President of PGA Mexico, El Economista.

The Presidents’ Cup was not held in Latin America. Since its inception in 1994, it has been played seven times in the United States, three in Australia and once in Canada, South Africa and South Korea. Like the Ryder or Laver Cup (tennis), one version is held in the United States and the other in another country.

Mexico will look for the 2028 venue, as the 2022 and 2026 editions align with the US (the next one will be in North Carolina), while 2024 is already set for Canada. It will be the most famous international tournament in the country, and is already the organizer of other high-profile events such as the Mexican Golf Open (in Mazatlan, Sinaloa), the World Golf Championship (Chapultepec, CDMX) and the Mayakoba Golf Classic (Playa del Carmen, Quintana Roo) .

“We’ve seen how this can be done, I’ve been in contact with people from the US PGA, as well as with the board of directors (which is made up of 19 directors, including two brands AT&T and Bank of America). We have been looking at whether it would be possible for Mexico to host There are many things that need to be aligned to make this happen.”

Jorge Corral states that the fee to be paid for the PGA Tour to host the Presidents Cup is $17 million, “the minimum you can put on the table to verify that you can support the tournament,” though he also notes that post-tournament economic leakage is over At least five times the investment figure.

Two prerequisites for the local infrastructure required by the PGA Tour for the size of this tournament are “to have ample hotel capacity and easy access on international flights,” Corral says, given that golfers from Thailand, Fiji, India, Zimbabwe and China, as well as the South American lands.

“There are fields in Mexico already ready and it could be the headquarters next year. As it should be a city that has the capacity to host and is easily accessible in terms of flights, Los Cabos could be a good place, given that it has the Diamante Cabo San Lucas, Ranked among the top 50 cities in the world for its characteristics;In addition, it is a place with a lot of hotels, easy access to the United States and a large number of flights to many parts of the world.Mexico City, Monterrey and Guadalajara will also be options, but it will be necessary to review technical issues For this sport, because it is played at higher altitudes, the pitches get shorter and the ball fly more.”

The bridge between Mexico and the Presidents Cup opened in 2019, when Abraham Ancer became the first national representative for this tournament and only sixth in Latin America. Tamaulipas entered fifth with the most points earned on the PGA Tour between August 2018 and August 2019, with an impressive performance as they lost 3-2 to historic Tiger Woods.

How much has Mexico’s conception of the world’s tallest golf bodies changed?

“A lot has changed in recent years thanks to the efforts of various organizations and professionals, such as the four representatives of Mexico at the Olympic Games (Ancer, Ortiz, Gaby López and María Fassi). Now large entities view Mexico as a wonderful seed for the next few years. The USGA, which is One of the top two organizations in the world, Mexico already as a strategic ally and the only country associated with it, that means a huge step and now the goal is to achieve, with the American PGA, Jorge Corral replied that PGA Mexico is an outstretched arm, and this is an immediate plan that I will have meetings on next month.

According to data from Jorge Robleda, president of the Mexican Golf Federation (FMG) between 2017 and 2021, practice of the sport in Mexico increased by 22% between 2020 and 2021, in addition to reaching a historic record of 130 young reps in universities. In the United States, while Jorge Corral recalls that when he was an undergraduate (in 1995) there were only five scholarship holders in that country.

In addition, FMG reports with this newspaper that it currently has a record 26,000 golf fans in Mexico, although the total estimate for the organism is 200,000, although it shows that it is difficult to know this number accurately, because clubs The affiliate itself does it. They do not register all of their members “and we do not keep a record of non-member clubs”.

In terms of fans, Nielsen and NBC reported that the 2019 Presidents Cup in Australia, which featured Mexican Ancer, reached a record 2.15 million viewers per minute (in the US). On the last day there were 1.742 million, which is a 141% increase compared to the 2015 version in South Korea.