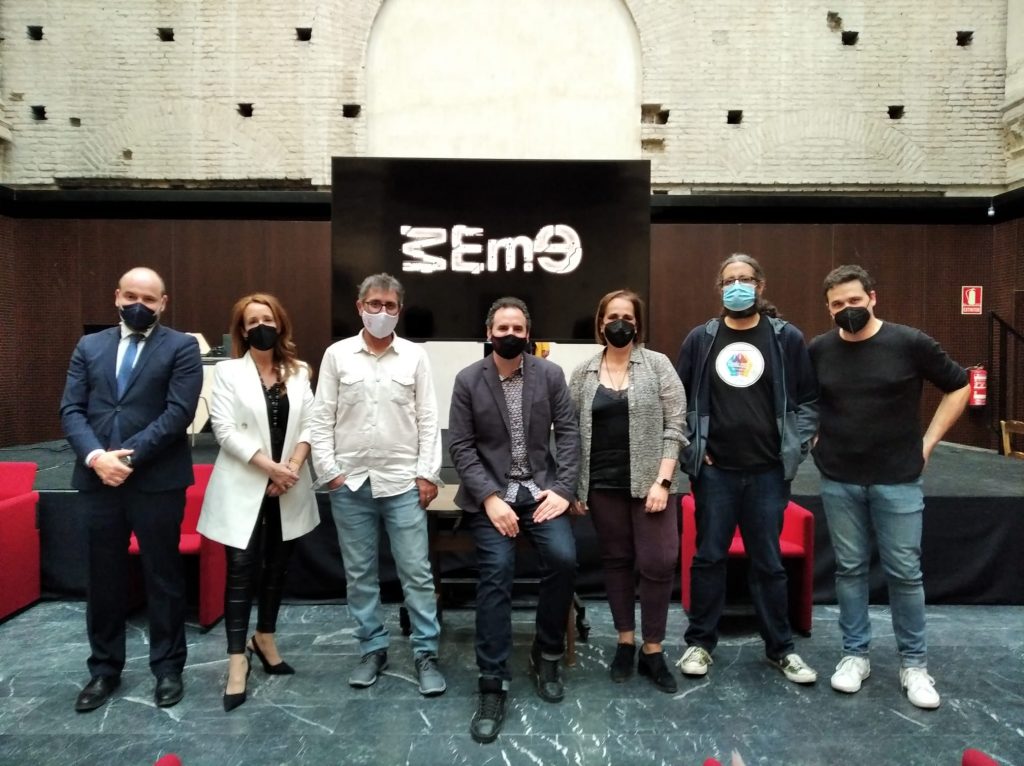 FILMIN will be broadcasting the first Andalusian sci-fi series. Production started in 2010 and stopped in 2014. During 2020, its creator decided to give it a new life.

Presented by NANIA Studios in co-production with Chale Mas, last week in Cordoba, the first four episodes of “MemE”, a series created and directed by José A. Gutiérrez, an appointment supported by the deputy mayor, delegate for culture, Marian Aguilar, and the deputy mayor commissioner To re-energize the economy, Blanca Torrent, who rated the quality of this audiovisual work one hundred percent from Córdoba.

The fictional work, which has been in production for five years, will be distributed throughout Spain by means of the FILMIN platform. However, the series can be pre-watched for free on Vimeo, the ad-free video platform.

“We believe it is important for the Córdoba fans to have direct access to the series, many people have participated and supported the project, and we feel that we owe the city. In addition, with this new format, the episodes can be easily watched on a laptop or mobile phone,” Recalling the initial idea that Diego Ruiz (Shali Mas) had: a series whose main channel was the Internet, as Jose A. Gutierrez (Inania Studios) explains.

“MemE” is a science fiction thriller, a drama that explores the influence of information on our character’s origins. With an atmosphere inspired by classics like Blade Runner or David Lynch Cinema, “MemE” introduces a series of eccentric and misfit characters who rebel against a community addicted to screens, likes and blank ads.

Seville actor Pablo Fernandez plays Alex, a young suburban man with communication problems who has just arrived in La Gran Ciudad. On the other hand, Carlos de Austria, the actor known as El Secreto de Puente Viejo (Atresmedia) and Acacias 38 (TVE), plays Beep, the last active hacker, the only one capable of attacking The Net: a global computer system like sterile as inaccessible . Their paths crisscross in a strange apartment, a place where space-time is distorted, and virtual life mixes with what often seems like reality.

The acting was completed, among other things, by the Cordovan actor Nazario Diaz; Actress Marta Belmonte, recently known by The Favorites of Midas (Netflix); And American actor Ken Appledorn, who participated in Paco León’s Arde Madrid (Movistar +) and Woody Allen’s latest film.

“We wanted to seek the support of a great platform, someone who could give a greater dimension to what Jose and Diego started. The project was evaluated, but it was neglected in all three cases because, according to what they told us, it is“ an extremely expensive series, ”says Alvaro García Márquez .

Most of the series’ footage was preserved until 2020. During his months in custody, Gutierrez began reviewing and analyzing several scenes that were never released. After a few weeks, he decided to restructure everything and give the series a new life in the format of ten episodes of ten to fifteen minutes each. With this release, the creator hopes that the audience will be able to connect with the psyche of the characters and be able to get acquainted with a dramatic background, which, curiously and despite the passage of time, today is more modern than ever.