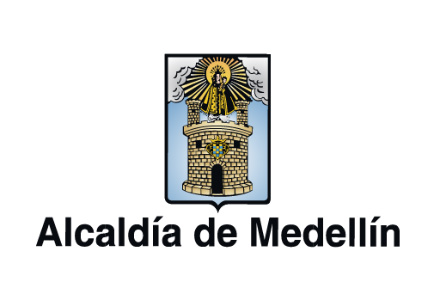 .: The Communication Without Borders program was created with the aim of attracting Colombian talent abroad to train the citizens of Medellin.

.: Colombians abroad are connected from more than 15 countries on five continents.

.: 60 Colombians abroad who shared their experiences and learning with entrepreneurs and citizens in general.

Words by Jonathan Ballesteros, Director of Domestic and International Relations at ICA.1174 KB

About 1,000 citizens participated in workshops, consultations and conferences with 60 Colombian talents abroad with connections from countries such as Oman, Norway, France, Spain, the United States, Sweden, Korea, Canada, Australia, the United Kingdom, Germany, Mexico, China, Brazil, Argentina, among others.

About Jonathan Ballesteros, Director of Domestic and International Relations at ACI Medellín, “The Connect Without Borders program has been a success for many citizens who have been able to receive training, workshops and consultations with experts from our country living abroad. Thanks to this diaspora abroad, we have been able to develop conversations about technologies, tourism, creative and bilingual industries, exports, immigration processes, urban planning and computer security, among others, making many people benefit from this knowledge for free and close to your needs”.

The 90 events and more than 202 hours of knowledge transfer took place benefiting 30 companies and 1,000 people in the city; Likewise, we have worked alongside the General Secretariat for Youth and the Secretariat for Women’s Affairs to influence their general interests with topics specific to them.

“For Medellín to become a software valley, we must have a dedicated talent in science, technology and innovation to connect the opportunities for the world that are here in the city, which is why, in collaboration with ACI Medellín, we had a great program where we identified 60 talented professionals who fled the city, and we recovered To be a part of Software Valley. We feel so fortunate with the fantastic result that we will continue to move forward to realize our dream of connecting Medellin to the world”, Economic Development Secretary Alejandro Arias reassured.

Some of the notable overseas talents who accompanied this program are Sandra Cano, US Senator from Rhode Island, who spoke about women in politics and told her story of how she immigrated from Medellin to the United States at the age of 16 and is now coming to an influential position in the political sphere in that country.

Likewise, there was the participation of Oscar Chamat, Head of Research and Policy at Metropolis, speaking on the evolution of cities from the field of tactical and strategic urban planning; Andrés Restrepo, a screenwriter and film director living in Argentina who advises on film projects and documentaries in that country. And one of the three at NASA, Ricardo Restrepo, who was born in the Andes municipality, Antioquia and today works on designing spacecraft trajectories for NASA – Jet Propulsion Laboratory, California, with the group that designs missions for planets like Mars and Jupiter.

“Connection Without Borders was the perfect platform to meet in person with Antioqueños entrepreneurs who were able to impart my knowledge and experience to their projects through a presentation and speech appropriate to American and foreign investors,” Alejandro Echeveri, US director of investment for ProColombia in the southeastern United States who has lived outside the country for more than a decade said.