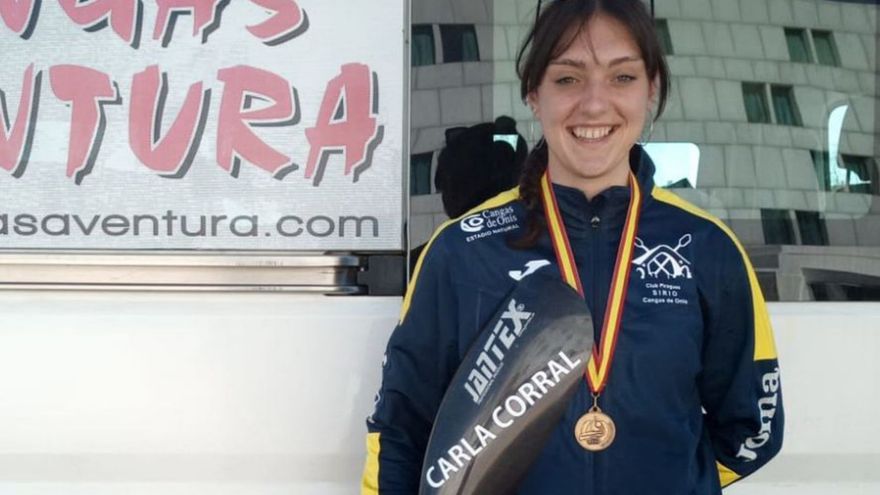 Miriam Vega of Gijón (Covadonga Group) and Carla Corral of Cangé (Cerío La Lungar de Cangas de Onís), who were the K-4500m crew accompanied by Elisa Zabara (Aranjuez Canwing School) and Barbara Pardo (Pina Canoest Antella) today won the medals in the Championships European enemy. The Spanish boat won yesterday’s semi-final with a record of 1.36.656 ahead of Slovakia and the UK also seeded for the final A – 5000m which was scheduled for Saturday afternoon but was postponed due to bad weather. Buzan, bronze in the European marathon, will struggle to be among the best in this continental sprint event. The K-4500m team from Spain, made up of batsmen Carlos Garrot, Lazaro Lopez, Onigo Peña and Christian Toro, finished seventh in the final. Riocelano Pelayo Rosa (Fluvial de Lugo) and Malies Juan Urís (Grupo Covadonga) finished fourth on Friday, in the semi-final that touched them in the K-2500m regatta, so they will be in the consoling final. In another order of things, Los Gorilas de Candás took the club’s win in the Asturian Young Promises Champions for the Apprentice and Kids category, in K-2, C-2, K-4 and C.4 mods, over distances of 500 and 1,000 metres, depending on GM Carbagal.