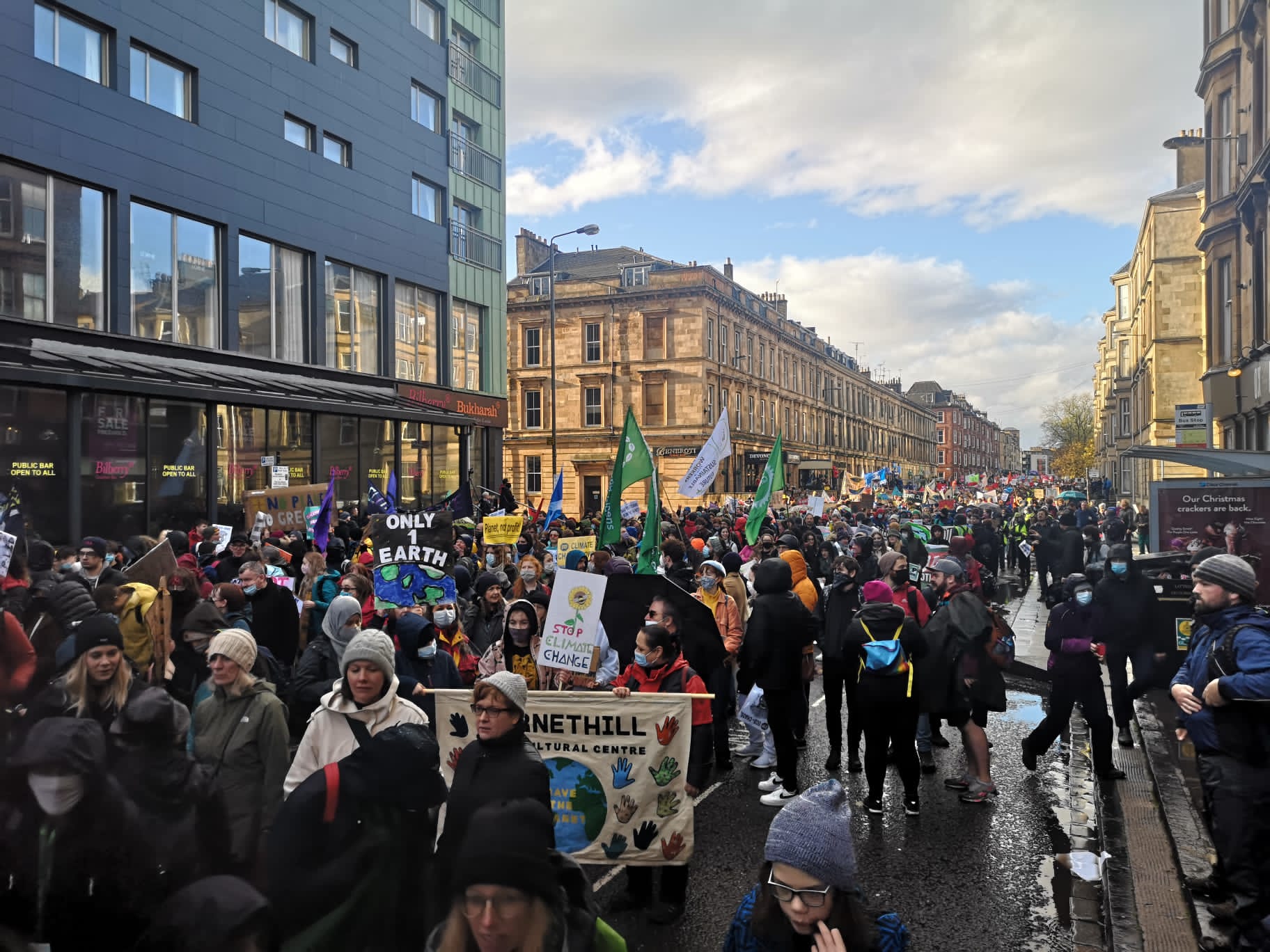 In London, an inspiring human tide of students, activists, pacifists, political party activists and environmentalists ran from the Bank of England in the Financial District to central Trafalgar Square.

At the top of the display, a large canvas warned: “The era of fossil fuel financing is over! Climate justice now!”

A young woman carrying a banner advocating “change the system, not climate change” and who preferred to remain anonymous told Prensa Latina that it is time for world leaders to listen to our demands.

Demonstrations also took place in Birmingham, Sheffield and dozens of other British cities, although the epicenter of the quake was Glasgow, where this Saturday’s World Day coincided with the United Nations Conference on Climate Change (COP26) held in that Scottish city since last Sunday.

The Glasgow march, which was attended by dozens of representatives of the indigenous population, was preceded by a demonstration the day before Friday for the Future movement, and in which young Swedish activist Greta Thunberg assured that COP26 was a failure.

In fact, several posters displayed in the Scottish town this Saturday read “No more blubbla”, pointing to Thunberg’s call to world leaders.