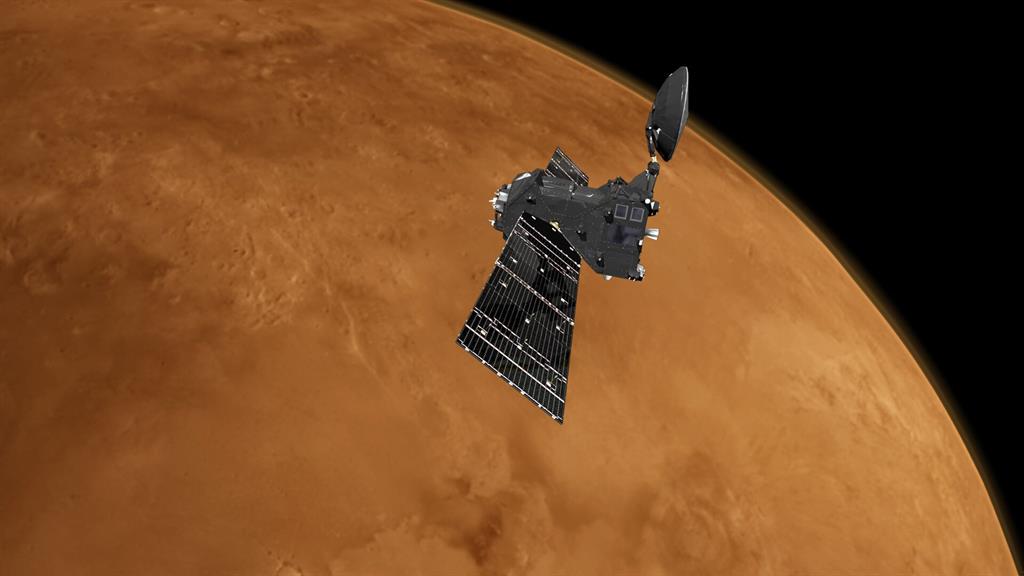 The mission has set new upper limits for the amount of methane, ethane, ethylene and phosphine in the Martian atmosphere. Four gases called “vital signs” that are possible signs of life.

The search for biomarkers on Mars is a major goal of TGO. Methane is a major biomarker, as much of the methane on Earth is produced by living organisms or geological activity, so the same may be true for Mars.

The ‘methane mystery’ on Mars has been going on for many years, with conflicting results from missions including ESA’s Mars Express and NASA’s Curiosity rover that have picked up sporadic spikes and outbursts in Mars’ atmosphere, and fluctuations in both the planet’s orbit and surface. Signs of gas vary with the seasons, or not see methane at all.

“We didn’t find a sign of gas at all They indicate that the amount of methane on Mars is probably lower than previous estimates.” Announce It’s a statement Franck Montmessen of LATMOS, France, co-principal investigator of the Atmospheric Chemistry Collection (ACS) instrument aboard the orbiter.

“Curiosity measures directly at the surface of Mars, while the probe takes measurements at a few kilometers of altitude, so the difference between these two results can be explained by any methane trapped in the lower atmosphere or near the probe,” he adds. Frank.

The apparent lack of Martian methane reported by Frank and colleagues is backed up by a paper that uses data from the NOMAD (Nadir Occultation Mars Discovery) instrument, which again spanned an entire year on Mars looking for methane and two other vital signs.

“We also did not find any signs of methane on Mars, and we set a maximum of 0.06 parts per billion, which is consistent with preliminary findings by TGO using self-propelled guns,” says lead research author Elise Wright Knutsen, She previously worked at the Goddard Space Flight Center. From NASA in the USA and now Latmos in France. In addition to searching for global methane, We’ve also looked for plumes in more than 2,000 places on the planet and haven’t detected anything, so if methane is released in this way, it should be intermittent.”

Besides methane, Elise and her colleagues searched for two other potential gases with biomarkers: ethane and ethylene. These molecules are expected to be produced after methane is broken down by sunlight, so they are exciting in their own right and in the context of our quest for methane. Ethane and ethylene molecules also have short lives, which means that if they are found in a planetary atmosphere, they must have been released recently or created through a continuous process. This makes them excellent tracking tools for potential biological or geological activity.

See also  When will Halo Infinite be playable?

“These are the first results of ExoMars looking for these two gases,” Elise says. “We don’t detect either of the twoSo we set upper limits for ethane and ethylene at 0.1 and 0.7 parts per billion, respectively, low but higher than our limits for methane.”

The probe was also looking for phosphine, a gas that caused a lot of controversy last year when it was allegedly discovered on Venus. Most of the phosphine on Earth is biologically produced, making it an interesting biomarker in the atmospheres of terrestrial planets.

“We found no sign of phosphine on Mars,” says Kevin Olsen of the University of Oxford in the UK and lead author of the phosphine study. “Our upper limits are similar for ethane and ethylene, between 0.1 and 0.6 parts per billion.”

The search for life on Mars, or persistent signatures, is a major goal of the ExoMars program, and the search for biomarkers in particular is the primary goal of the Trace Gas Orbiter. ExoMars’ upcoming rover Rosalind Franklin, to be launched in 2022, will complete TGO’s search for biomarkers by drilling into the surface of Mars; Underground samples are more likely to retain vital signs, as the material is shielded from the harsh radiation environment of space.