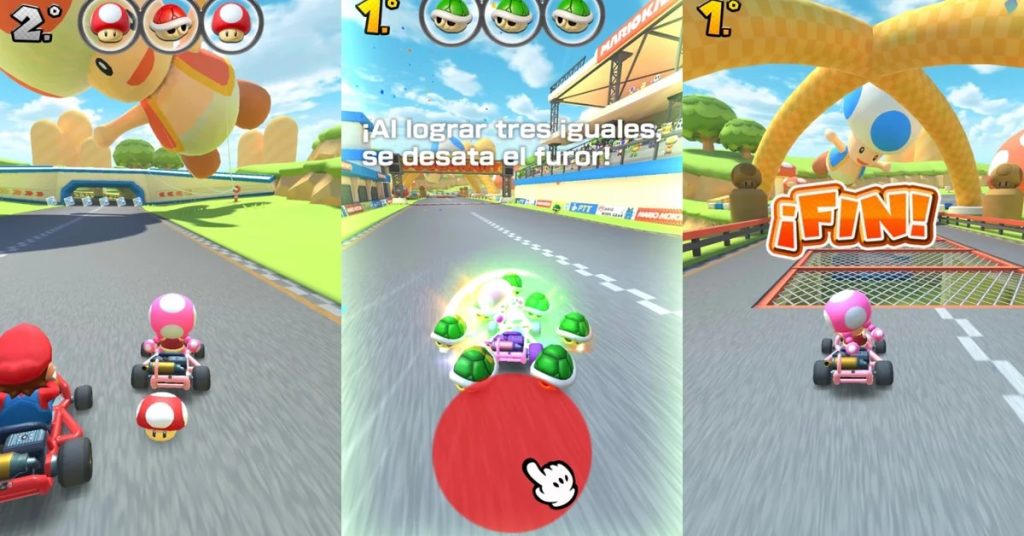 Batteleracing is the name of an ambitious project that seeks to bill $250 million annually and a brand value of $2.5 billion. The plan is clear: have 162 physical tracks in three years in the US that they’ll seek to bring a Mario Kart video game to the tracks with real electric karts, which will reach speeds of 12 to 23 kilometers per hour.

But this is nothing today, since the leaders behind the ambitious project conducted three-year tests in Bogotá and Manizales, in order to have everything ready for its arrival in the United States.

Colombian mechatronic engineer Mauricio Poretica, who is also an investor in the company, was the inventor when developing devices and algorithms, so that vehicles would have the same powers as in a video game. Contestants will have to bypass laser projections, which look like dry ice, to obtain powers that will be controlled by a small tablet inserted inside the cart. For example, video game shells will be rubber balls that can be fired at competitors, having their cars parked., explained Diego Tovar, Chief Strategy Officer (CSO).

And that’s not all, because the experience will also feature classic bananas that make cars slide in the original video game. “It will be discs like the ones on the air hockey tables, on which the joggers will spin”ProColombia, which recently unveiled the idea, explained.

In this way, the entrepreneurs seek to target a target of players between the ages of 7 and 70, who have to pay $19 per person for a 6-minute race. It is worth noting that the creators thought much more that even the audience could participate by casting forces on the runners, to favor friends or acquaintances who participate.

Another dose of excitement will come from the combination of the real world and the digital world, which will allow you to get augmented reality glasses to compete against players from other countries, while competing with real players.

Battleracing was recently organized at CES in Las Vegas, USA, one of the most important technology fairs in the world, which took place from January 5-8 this year.

“There we made a lot of traction for a round of seed capital that we had. We are in talks with US companies and a Colombian company to see if we can get to $11 million. We also started significant work with ProColombia for a portion of the exports and the search for capital”The CSO reassured the company.

What follows for the project with 100% Colombian architecture combined with Chinese, American and Colombian inputs, is to have a technology development center to make more proposals for vegan recreation and vegan sports.

“We’ve already reached out to the likes of Hasbro to see what other games we can bring to life. We are in the early stages of a form of entertainment that will change the world (…) This is where we delve into themes of the metaverse, having both real-world and digital properties. We already have a patent in the US and are about to be identified in China, Japan, Australia and Europe.”Detailed availability.

From La Guajira to England: Luis Diaz has been announced as a new Liverpool player
They recommend Lina Tejero to listen to Andy Rivera’s ex-boyfriend song, and this was her reaction
See also  Today Tamaulipas - Deportes USA Netflix will release the Pelvic documentary on February 23