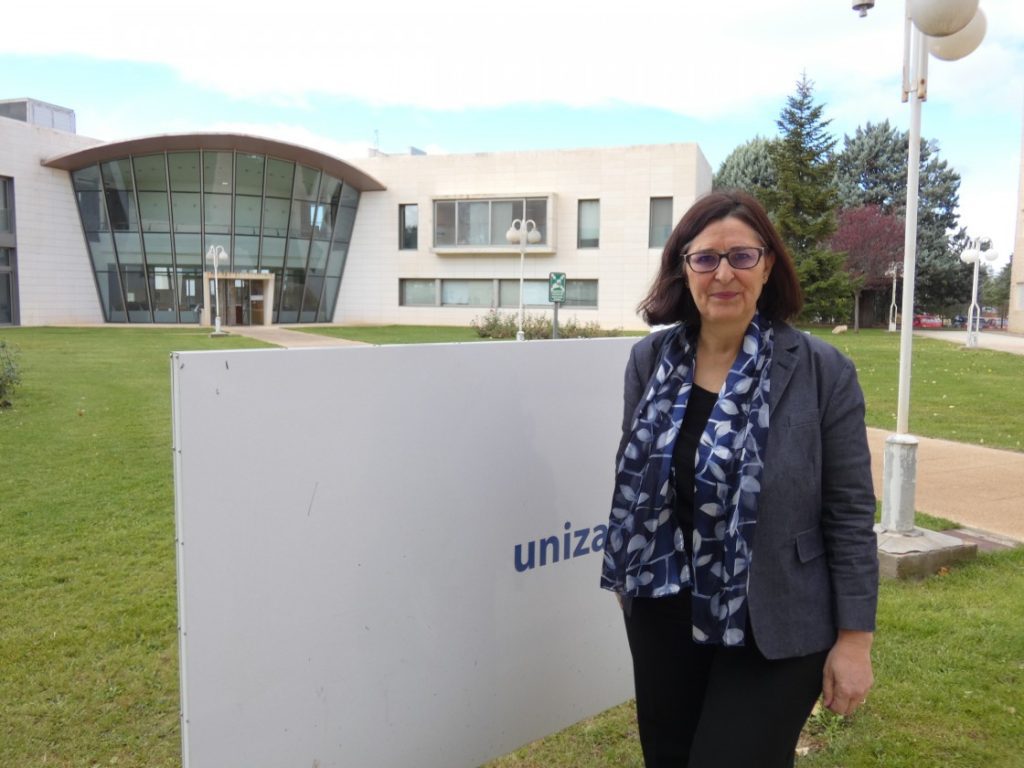 Next Tuesday, November 29, Campus Researcher in Teruel Luisa Esteban will present at the European Parliament the results of the Erasmus + Gisport project (Corporate Governance in Sports Organizations: A Gender Approach) that she has coordinated for four and a half years, and in which the University of Zaragoza and universities from the United Kingdom and Portugal participated Italy and Turkey.

Esteban’s presentation will take place in Brussels at a workshop on women and sport organized by the Department for Citizens’ Rights Policy and Constitutional Affairs of the Commission on Women’s Rights and Gender Equality of the European Parliament. The title of the intervention is Women in Corporate Governance in National Sports Federations: A European Approach.

It was the European Parliament itself that suggested the Teruel scholar present her work in Brussels, as a result of one of her scholarly articles. Esteban stressed that this event means “closing the circle”. After four and a half years of intense work and “a lot of effort” with “great enthusiasm”, the fact that the European Foundation is now interested in results is very motivating because “the work will serve and the results will be beneficial”.

“It is an important step in the field in which decisions are made, and this study has been known to promote this gender equality,” said the specialist from Turolense Campus. The ADE Professor at the Faculty of Social Sciences and Humanities of Teruel stressed that we must continue to work to make sport more inclusive, not only in relation to women, but also in other areas such as diversity or disability.

Project Gesport has developed different procedures to better understand the presence of women on the boards of directors of sports federations in Spain, the United Kingdom, Portugal, Italy and Turkey. Databases were prepared with all organizations in these countries and 52 presidents and vice-presidents were interviewed. All results are revealed through a web page that can be consulted in the five languages. Teruel also hosted an international conference on the subject.

One of the most important contributions of this investigation, which will be announced next week in the European Parliament, is that thanks to it you can see the evolution of the composition of the governing bodies of the federations from 2018 to 2022 and how the regulations that try to promote a greater presence of women in these organizations have results. Among the main conclusions, Esteban notes, is that no board of directors is made up of only women, unlike many that are only men.

The researcher pointed out that determining gender quotas and amending the sports law in Italy caused a change in the situation in this country during these four years. In 2022, the average proportion of women on the boards of directors of Italian federations will be 28.57%, compared to 13.67% four years ago. Scores for both Turkey and Portugal have improved compared to 2018, but are still low. In Turkey, from 4.09% in 2018 to 7.76% in 2022, and in Portugal from 10.92% to 15.10%. The expert added that although Italy is the country with the largest increase in the proportion of women, “undoubtedly driven by quota regulations”, these three countries still do not meet the requirements of the IOC and the European Union (from 30%).

Spain and the United Kingdom

On the other hand, although Spain and the United Kingdom had reached the average target set by the International Olympic Committee of 30.24% and 36.34% in 2018 respectively, they increased after four years by the percentage of women in Spain to 38.60%, and 38.21% in the Kingdom. United States, some of the national federations of these countries failed to reach.

The results of the research reveal that although sports perceived as too feminine or feminine tend to enhance the role of women in decision-making, particularly in countries with gender quotas, this relationship is only observed in women’s access to sports boards as members of these boards. . But not in positions of presidency or vice president.

Luisa Esteban explained that in Spain football federation, one of the sports that attracts the most money and spectators, female representation has improved slightly, but the number of women in positions of responsibility is very low. In 2018 there were 38 all-male members and in 2022 there are 40, with only eight women.

The Gesport coordinator noted that both the UK and Spain have regulations that promote the presence of women on boards, in some cases linked to the possibility of receiving subsidies.

Esteban notes that the directive stresses in interviews that she prefers not to have quotas, but understands that they are necessary because otherwise the presence of females would still be less than the current one.