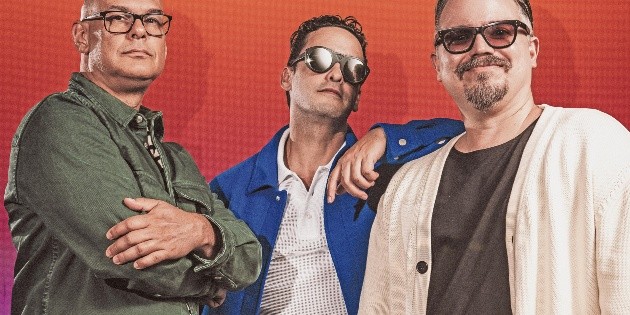 The Venezuelan band Los Amigos Invisibles will perform this coming June 3 at the Guanamor Teatro Studio, a show that will open – from 9:00 pm.– Mexican Funko Group; Thus, with three decades of experience and 25 years after the release of their first feature-length album, South Americans re-released that recording, as vocalist Giulio Briceño says, “many fans don’t know.”

Guadalajara, maintains the frontline leader, “is the city that has treated us very well” which is why they”Glad to be able to go make live music, get back to business after the pandemic, since the previous year we’ve toured Europe and the US, hopefully Mexico is back to normalespecially those involved in the world of entertainment.”

The show they prepared is – says Briceño – “strong, touching, dancing, people sing and enjoy; we’ve already tried it in Europe and we’re going to play songs that people love; now how We’re making a new album, maybe a song or two that we’ve already played live. We prepare this offer by reviewing what is most wanted on our networks, platforms or broadcasts“.

This new production, says the vocalist, “will be ready in two or three months; We’re fine-tuning the details, and there are still songs to mix up and confirm two or three guests. It’s a very “pre-pandemic” album, some songs were composed before the emergency happened, but we’re a group that we play live with, and without a chance to do so, production is off.

Briceño highlights that Los Amigos Invisibles’We are a group that, since the day we started, is more about live music than albums; We’ve come from rehearsing in a garage and testing songs with the audience, then adapting to the system, but for 30 years what we’ve loved is live playing.”

The musician adds that “the audition in front of the spectators, where they decide to follow or recommend you, the concert is what changes the perspective of the band”; However, at this point in his career – which is already three decades old – the singer asserts that his voice can be described as “Latin dance funk, because we are looking for songs that make the skeleton move”.

Finally, with List of songs that you are considering arming yourself with the most requested songs on the networks, Brechino confirms it This show “to please the fans. Because the Mexican audience always wants more, I feel they are required because they see many artists and they don’t like to be given a pig in a poke, they like the front row. Now is the time to go watch the artists alive and support them; We are keen to be close to the spectators and feel the adrenaline rush.”