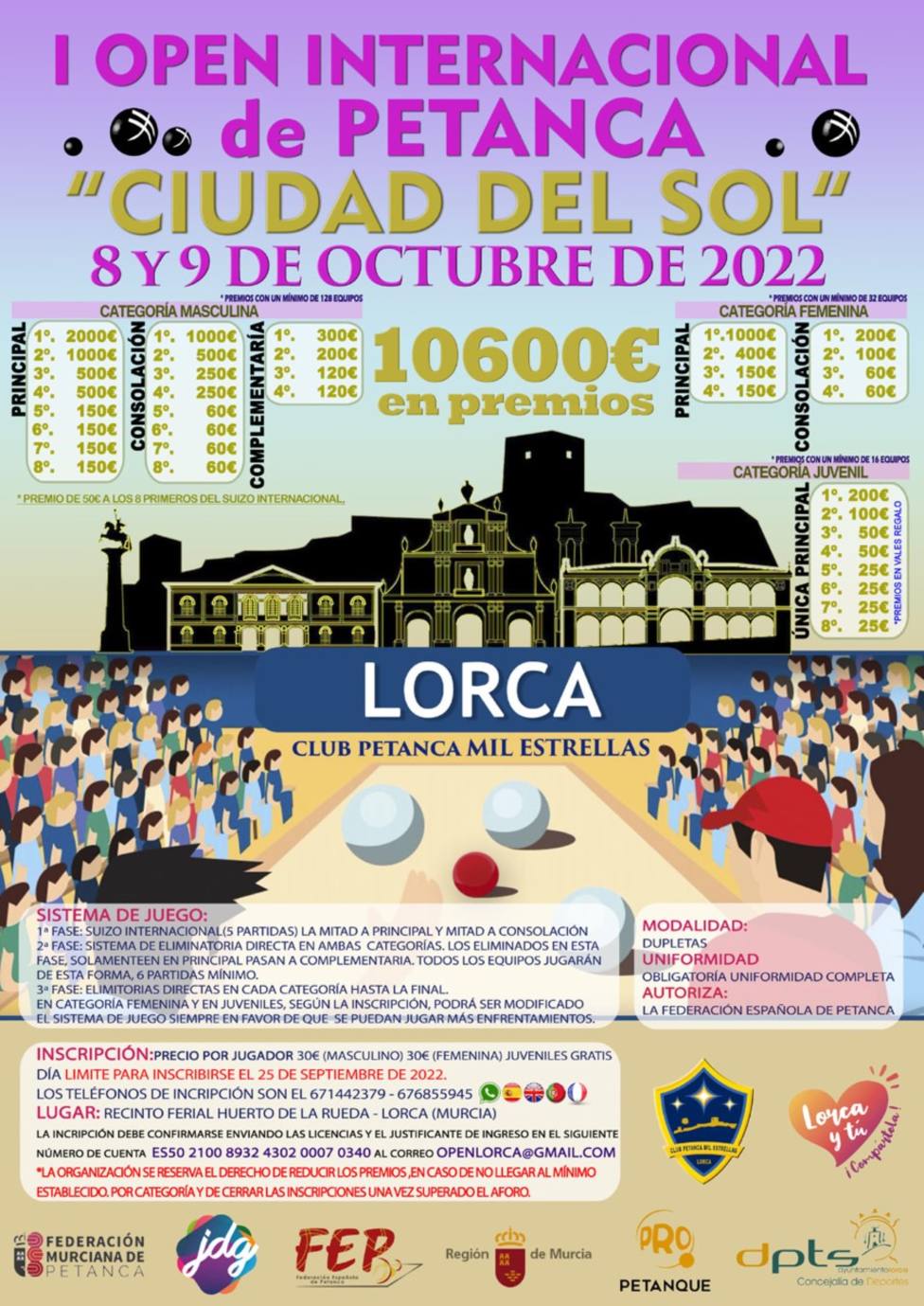 Godard explained, “The Guadalentín Sports Games (JDG) are arriving this past weekend, and after they wrap up on October 12, another great update on this year’s calendar arrives on Saturday and Sunday, the I International Open Petanque ‘Ciudad del Sol’ which Organized by the Club Mil Estrellas Lorca.

The mayor explained that “the tournament will be held throughout the weekend in Huerto de la Ruida, where more than 80 petanque courts will be built, about twenty of which will be covered.”

The sports advisor specified that it is “a high-level sporting event for fans of this sport because, among other players, there will be current world runners-up Javier and Alex Cardenas in the senior category; and members of the women’s team champion Spain in the triple mode. It is a great opportunity for Lorca given the great spread that this will see The competition will also be broadcast live on the Youtube channel of Mil Estrellas.”

Irene Godard confirmed that “the tournament will see the participation of 128 teams in the male category, 16 teams in the female category and 16 teams in the youth category. In total, there will be more than 300 participants who will arrive in Lorca from different regions of Spain and from countries such as the United Kingdom, Morocco and Turkey and France.

For his part, the president of Mel Estrellas club indicated that “the tournament will be held on the Swiss international system, where the participating teams will compete in a league of five matches, half of which qualify for a main category and the rest for the category.” Condolence class. From this first round, the game system will be by direct elimination through to the final. The event will have different platforms and bar service so that everyone who comes can have a different day with one of the minority sports and with us to learn more about our sport.”