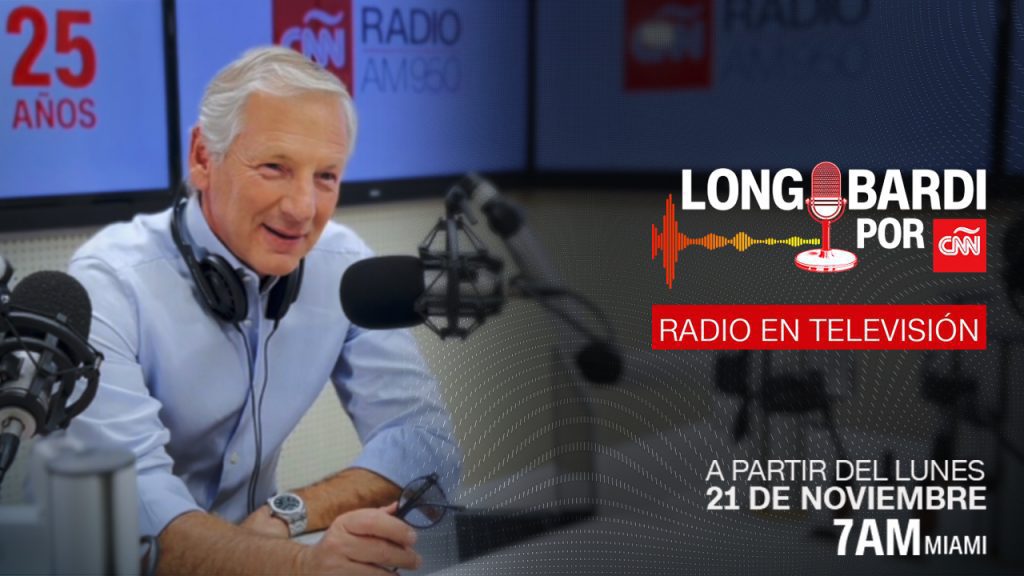 (CNN Spanish) – As of Monday 21st November Longobardi via CNN, Marcelo Longobardi’s hit radio show on CNN Radio AM 950, will air on CNN in Spanish. Powered by the News Network’s multiple digital platforms, the space will reach more than 60 million homes in the United States, Mexico, Central America, South America, and the Caribbean.

The magazine will be broadcast in broadcast format on television Monday through Friday from 7am-8am (Miami) and will present audiences across the region with the highlights of politics, economics, sports, humor, performances and, of course, the lucid analysis of Marcello Longobardi.

Since 2017, CNN audiences across the region have enjoyed the Emmy-nominated Sunday talk show In Dialogue with Longobardi. With Longobardi on CNN, the Argentine journalist will have a daily presence on CNN en Español.

Starting next Monday, November 21, in addition to listening to it, you will be able to watch “Longobardi por CNN” on CNN en Español. Do not miss the program @tweet with driving @tweet It’s 9 am Argentine time. We will be waiting for you! pic.twitter.com/pk0EAT41I6

In this course, Longobardi will be accompanied by economics journalist Willy Cohan and international analyst Juan Delon from Paris. Journalist Nicolás Singer will provide updates on the sports news of the moment, while Romina Aldana will be responsible for articulation and Maite Peñoñori will contribute notes from the shows. The space will also feature the participation and professionalism of CNN correspondents from around the world, among them the Chief International Correspondent, José Levy, who will present special reports with global news of particular relevance to Argentina and the region.

About CNN in Spanish