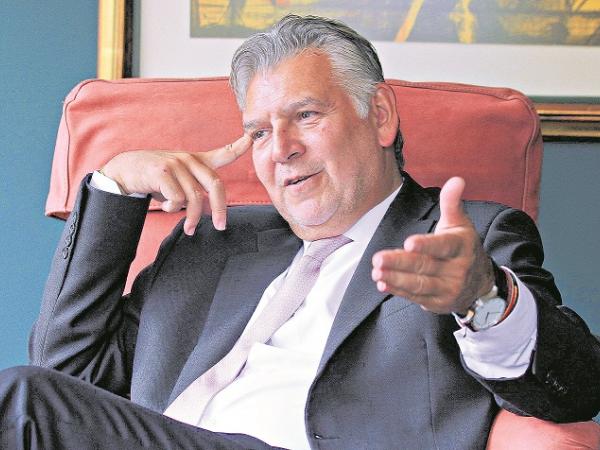 The president of the National Federation of Merchants, Finalco, Jaime Alberto Cabal, who criticizes the measures put in place by mayors to contain the coronavirus in several cities, considers that the year starts badly for the sector and the economy and that “let’s forget the revitalization in January.”

He also suggests that the government speed up the vaccination plan and believes this is not the time to open the debate on tax reform.

What do the restrictions of past weeks and those in place yesterday represent for trade?

Until November, the numbers were positive as reported by the Dane. We don’t have data for December at this time, but we have a survey as of December 18th, there was a fairly large movement. Then the restrictions began in most cities. This has particularly affected the Bridge of 24 and 25 December and the end of the year, and we fear that December is not going to be a good month, and may be an acceptable level.

We had high expectations that this behavior in October, November and part of December would be a little long in the context of reactivation, but the truth is that we think we got off to a bad start with these restrictions not only in Bogotá but in other cities such as Cali, Cartagena and Medellin. These are the days when people are still enjoying the holidays they are ready to go out and visit cities and with all the restrictions that will drastically limit mobility. Obviously, it will affect the entire trade system, restaurants, bars, let’s say entertainment, in general.

And if we add to that the local quarantine that has been arranged in alternative Bogota but ultimately six or seven big cities, the effect will be massive. We can say that we forget to revitalize the economy in January, at least in Bogota and in most of the country. We think the results will be very similar to those of August when there was also a sectoral quarantine in the localities and we saw how the unemployment rate rose, how the economy fell, and trade sales fell. So we are very concerned.

It raises the failure of public policies to control the virus.

It is that we are returning to the only creative measure that the leaders of this country have invented, which is to close, close and shut down to control the Coronavirus, which has left serious economic and social consequences. We lost a year investigating technological measures such as cordoning off the injured as happened in other cities in the world, especially in Asia.

In other countries they had to, too.

Certainly, but not at all, on the one hand, and secondly, the others have very great financial innocence and can afford a luxury like Germany or the UK. We also failed in educational measures, street care and citizen discipline. Everyone did what they wanted, and power almost not brave, did not wield power.

Is there permissibility in informal trade?

Allowing informal trade with no typical penalties. So when someone says so, the mayor replies, “We’ve imposed a lot of subpoenas.” But could contests be a solution, that someone would pay for them? What is happening here is that there is no power to control citizens. So the situation is very distressing and very complex, and the economic prospects for recovery, at least in January, will not happen.

See also  Economic unemployment: a decline in the unemployment rate in the OECD countries during 2021 | international

Should government aid be strengthened for this new phase?

If the situation continues in January or is prolonged, new relief measures or other extension will necessarily have to be taken, because part of the hope was that there would be a recovery that would allow us to bear a little of the past, but it will return. To repeat history, imagine well.

It says nothing about the street, street vendors, informal sales, crowd control, or lack of social discipline. This is the problem, it legalizes for some, not for everyone.

Is the controversy between health and the economy returns again?

The problem is not the healthcare setting above. We agree to give priority to health care. What happens is that we do not agree with measures taken because health care means restricting and influencing people who comply with protocols, people who behave well, who create jobs and pay taxes. . This is where the blow comes in, but of course, let’s prioritize healthcare by exercising power in the street, lifting the real penalties that must be paid for breaking the law or even making arrests. But not here, everyone does what they want and nothing happens.

Does the vaccine issue open any hope?

Sure, this opens up great hope and one might start suggesting that the government should speed up the vaccination process because it is the only way in which the restrictive measures can somehow be abolished, but if we continue curfews, with quarantines, with peaks and cédulas, where are we going to stop.

Time for a tax reform?

We at Fenalco are very critical of the country going through a tax reform.

That is, who will pay. The impact on companies is massive, the impact on people too, so tax reform?

If the government needs resources, it first reduces the size of the country and reduces costs and expenditures.

And secondly, okay, look for another kind of financing, but at this moment and more than that as the year starts, talking about tax reform is like a slap in the face on the other side.